Teen Vogue Fires Editor for Reading Dr. Seuss When She Was in Preschool 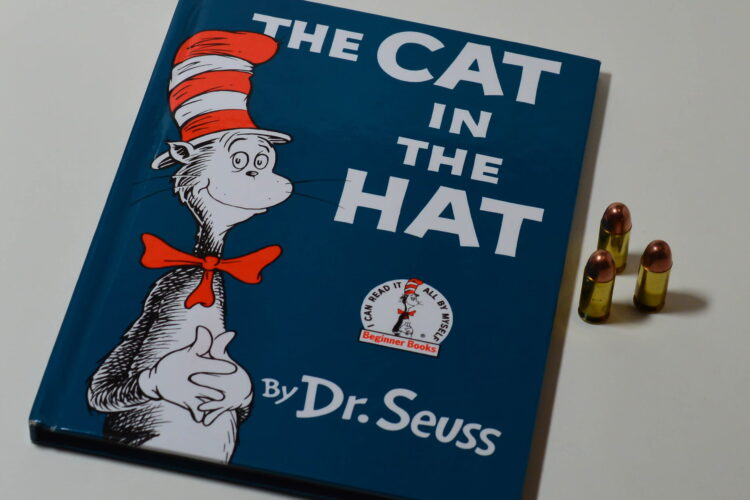 Teen Vogue has once again fired its editor-in-chief after pictures emerged of the newly hired top journalist reading Dr. Seuss’s “The Cat in the Hat” when she was a young child.

Emelia Mackenzie was hired Thursday after her predecessor, Alexi McCammond, was fired when racially insensitive tweets resurfaced from a decade prior, when she was in high school. On Friday morning, however, pictures emerged of four-year-old Mackenzie smiling while appearing to read the Dr. Seuss paperback in 1996.

Once beloved by all and celebrated by President Obama just five years ago, Dr. Seuss has since come under fire for what some see as racist imagery in some of his books.

RELATED: Biden Declares War on Iran After Ayatollah Reads ‘The Cat in the Hat’

“I am deeply sorry for the heartful actions that I took as a child to uphold the white supremacist patriarchy,” she wrote in a statement. “I will spend the rest of my life fighting for the marginalized communities who have suffered the most as a result of my actions.”

The apology, however, was not enough, as a letter signed by dozens of Teen Vogue writers demanded she be fired immediately. By Friday afternoon, Teen Vogue publisher Condé Nast announced that it had terminated Mackenzie’s employment.

“Emelia Mackenzie is a white supremacist who should be sent to the gulags,” the publication said in a statement. “We would never let her work here #BLM #transrights #antifascist #yayKarlMarx.”