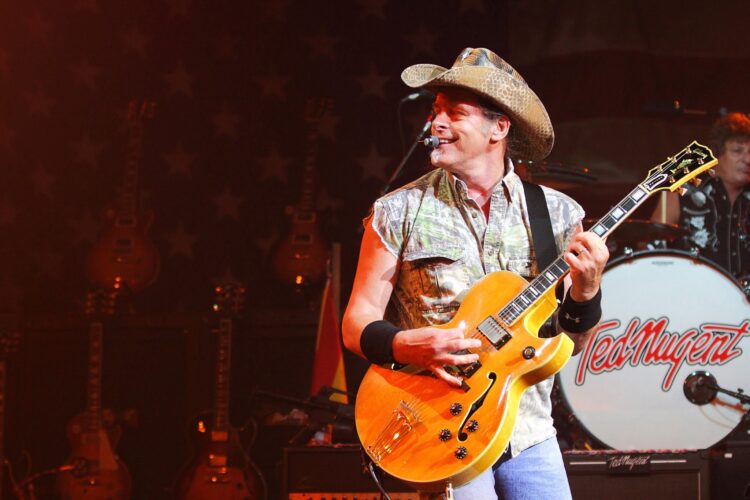 Former Pink Floyd front man Roger Waters has announced that he will go on tour with rocker and gun fanatic Ted Nugent, with Waters saying that Nugent’s newfound anti-Semitism more than makes up for his lack of musical talent. Waters’ announcement comes two weeks after Nugent shared an anti-Semitic picture on Facebook, claiming Jews were responsible for gun control in America and suggesting that Jews who favored gun control were “Nazis in disguise.”

“I am pleased to announce that Pink Floyd will be reuniting, with Ted replacing Nick Mason, Richard Wright, Syd Barrett, and David Gilmour,” Waters, now an avid anti-Israel activist, announced in a press release. “While I’m not a fan of Mr. Nugent’s music and could care less about gun control, anyone who compares Jews to Nazis is okay in my book.”

Nugent, who is known more for his criticism of President Obama than his musical career, said he was honored to be joining Waters on tour. He also promised to refrain from saying anything blatantly racist during the tour.

“While I’m not anti-Semitic, Roger has asked that I channel all my bigotry towards the Jews,” Nugent told The Mideast Beast. “I feel like it’s the least I could do for Roger.”

As of press time, Nugent had released a statement claiming that President Obama was not only a subhuman scoundrel but also a Jew.