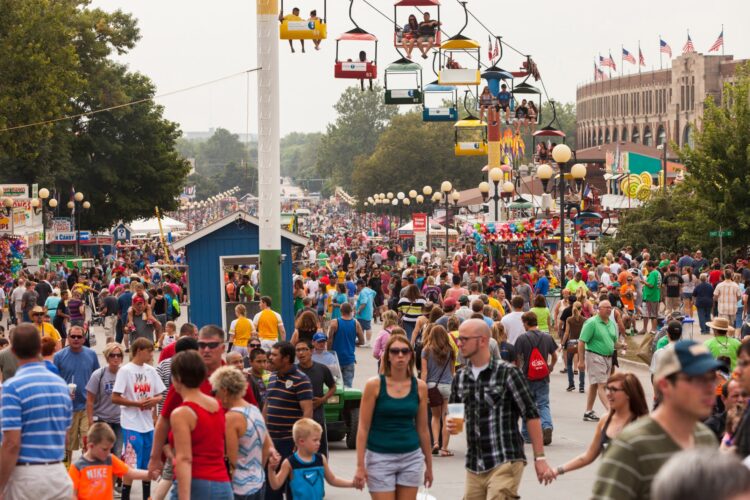 Israeli Prime Minister Benjamin ‘Bibi’ Netanyahu flocked with other American presidential hopefuls to the Iowa State Fair this past weekend. The event has become increasingly important in the race due to its proximity to a major caucus, and of course for its foot-long deep-fried corn dogs.

While Donald Trump offered children rides in his helicopter, Netanyahu entertained the crowd at his booth, which offered pamphlets, bumper stickers, and foam fingers with information on the nuclear deal with Iran. His strawberry-rhubarb also won honorable mention in the annual pie contest.

When asked by a local reporter with some confusion about what in the sane heck the Prime Minister of Israel was doing in Iowa, plaid-clad Netanyahu pontificated on the great American nation’s long tradition of family values and agricultural fortitude, and went on to say, “And take a look at this heifer! Ain’t she a winner?”

“Sure is a bit funny him coming all the way out here, but them Jews have always been a funny lot, not liking a good hock of ham and all. But he came and congratulated me on my Shropshire Sheep and he seemed like a nice enough fellow.”

“You mean to tell me this is a major pit stop on the 2016 campaign trail?” Netanyahu mused as he handed out Israeli flags. “Can’t a guy just go to the fair these days?”