Statue of Liberty Accuses Cuomo of Climbing Under Her Robe 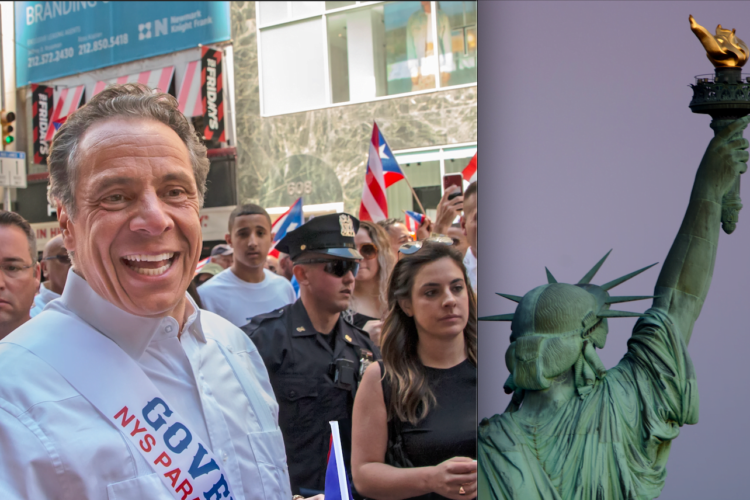 Yet another woman has accused New York Governor Andrew Cuomo of inappropriate behavior, with 134-year-old Lady Liberty now saying that the embattled pol snuck under her robe and climbed up her leg during a 2018 trip to Liberty Island.

Calling the governor a “manipulative predator,” the 151-foot statue of the Roman goddess Libertas said the incident took place after the state stepped in with funding to keep both the Statue of Liberty and Ellis Island open during a federal government shutdown in December of that year.

“He kept saying, ‘Babe, you know I will always take care of you, but now you’ve got to take care of me,’” Lady Liberty recalled. “Before I knew it, he had climbed under my robe and was making his way up my legs towards my torso and chest.”

Lady Liberty said she froze with shock, unable to move or to tell him to stop.

RELATED: Cuomo Orders COVID-Positive Patients be Shipped to Homes of his Accusers

“For years, I thought I was the one who should feel shame,” she explained. “Now that I know there are dozens more like me that he has victimized, I feel able to share my experience.”

As of press time, Cuomo has denied the accusation and resisted calls to resign.