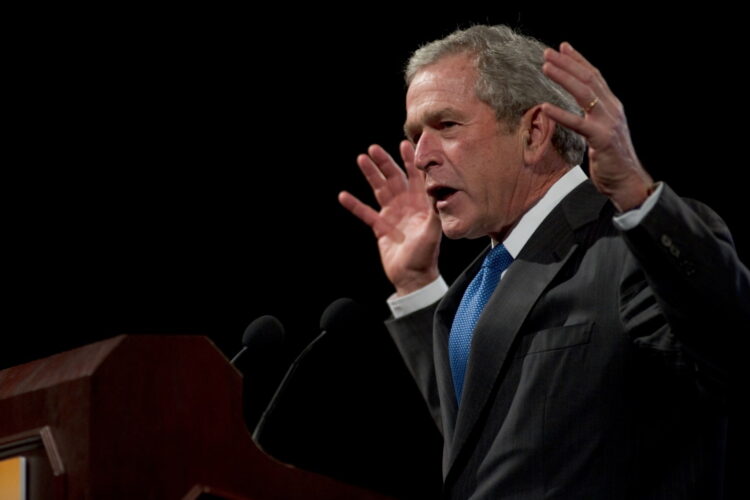 In a rare return to the spotlight last weekend, mediocre Texan painter George W Bush urged for unity across political parties in order to effectively combat the coronavirus. This came as a shock to many Iraqi citizens who remember Bush for his previous passion for “liberation.”

Despite Bush’s global legacy focusing largely on freeing people from their oppressors whether they like it or not, he seemed suddenly less keen to support “liberation” movements when they occurred in his own country.

“I figured Bush would be leading the Reopen America protests” said one confused Iraqi national. “Either that, or he’d be trying to stick COVID-19 in the New Orleans Superdome to make it go away. But apparently when there’s civil unrest in his own country he now understands it could be a threat to stability. I guess we never asked ourselves, ‘are our former world leaders learning?’”

Facing criticism from the left and the right for his statement, Bush found it difficult to claim “mission accomplished” on his plea for peaceful harmony. Instead he went on Fox last night to clarify what he meant, stating: “There are obviously some parts of Texas that are being oppressed, and a few spots off-shore in Alaska that should be set free, but other than those places the rest of the country should listen to their governors, just don’t be misunderestimated by them.”