Special Report: ‘Islamic State’ Commander is a Hillbilly from Georgia 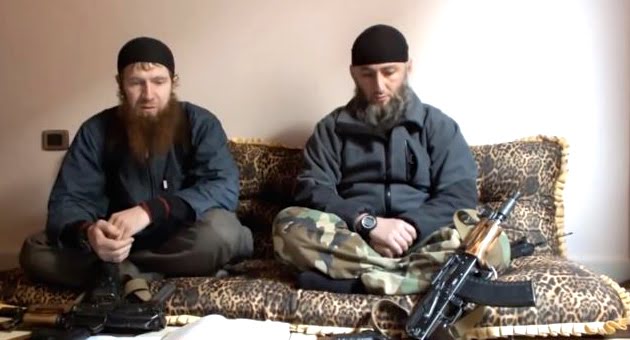 Update, 14 July 2016: Following the confirmed death of ISIS’s ‘Minister of War’, TMB has reposted an article for a #TBT in carrot-bottom’s memory.

RAQQA, SYRIA — Abu Omar al-Shishani (the sexy one on the left in the image) is one commander in the ‘Islamic State’, also known as ISIS, ISIL, and al-Sham (dudes, pick a fucking name already!). Al-Shishani is now one of the most recognizable faces on TV representing the organization. But, don’t be fooled by his name, his ‘country’ of origin, not to mention those adorable little freckles. The Mideast Beast has learned that al-Shishani is actually an American hillbilly. It is true that he’s from Georgia but not the country – he’s from a small town about an hour outside Atlanta, Georgia, and his name is Billy Joe Huckleberry. Described by neighbors as a “soft-spoken good Christian” whose only desire was to play Santa at the local mall, Huckleberry fell out of the good graces of his church due to his inability to ‘speak in tongue’ as fast as everyone else. “He tried, but we all knew that he was fakin’ because nuthin’ he said made any sense,” said Reverend Jackson Graham.

Lost and alone, Huckleberry first moved to Israel and volunteered to fight in the Israeli army but he failed the entrance exams. According to one commander, “His physical shape was never in question but he just kept talking about wanting to be a fighter so he could kill infidels. We weren’t sure whom he was talking about because Jews, Christians, and Muslims are all ‘People of the Book’. Anyhow, we weren’t taking chances with this red-bearded freak, so we deported him.”

Lost and alone (again), Huckleberry’s anger grew, and so did his beard. He heard about the killing fields, currently known as Syria, and managed to sneak over the border as a member of a humanitarian circus – apparently Huckleberry is an excellent clown. He was immediately taken in by radical Islamists, who saw in him “an ability to make people laugh while committing war crimes; he’s got a true talent,” said one of his IS brothers. Huckleberry changed his name to Abu Omar al-Shishani (“Omar from Chechnya”, an apparent attempt to throw us off his farm days in Georgia). He is now internationally known for his powerful and influential speeches, and his knack for crimes against humanity.

The once lost and angry Huckleberry has found his calling, a story that all sociopaths can take inspiration from.