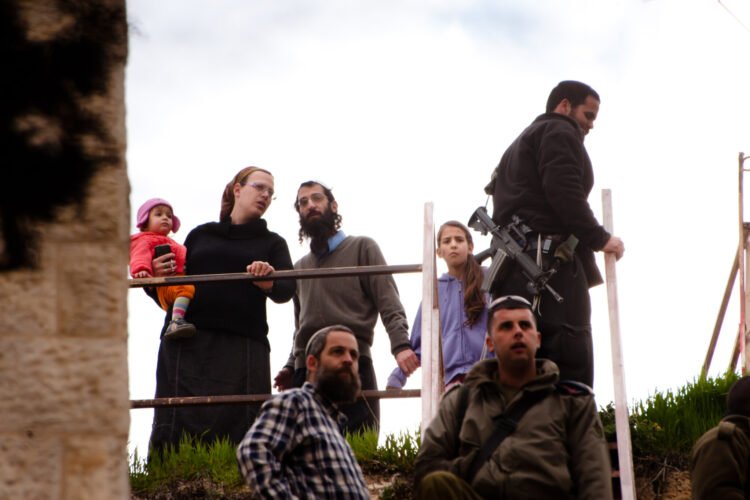 Fed up with Israeli hand-wringing and the world pissing and moaning about a bunch of Jews living in remote and isolated desert areas of the Holy Land, residents and community leaders of a Judean Hills enclave held an emergency meeting to discuss marketing strategies going forward.

Rebecca Steinbaum, an outspoken resident, gave The Mideast Beast an earful. “We aren’t Jewish terrorists going around firebombing and killing. My family moved out here to raise goats and grow some weed. This Price tag nonsense? In my old Chicago neighborhood that was code for paying full retail.”

Council leader, Moshe Aviv, expressed anger over settlement-obsessed media bias. “It’s an image problem. Poor PR. What do they want? It’s our damn land. Do you have any idea how much the secular non-settler Israelis have to pay in taxes for us to live here? Sure, of course there are always a few bad apples in the bunch that need to hit the compost bin. Same goes for their side. They aren’t so innocent, either. In our case, it’s a few racist dickheads in the mix ruining it for the rest of us. We really need to rebrand our negative image.”

An ex-marketing executive suggested, “The word ‘Settlement’ sounds too American Wild West. Maybe we soften it to Shtetlments, from the Yiddish word shtetl meaning small villages. Eastern European. Passive. And let’s face it; the world loves the Jews weak and passive. We’ll get some feedback, float a trial balloon to test the political waters, then run it past the usual anti-Israel press – CNN, BBC and AOC – to see if it sticks.”