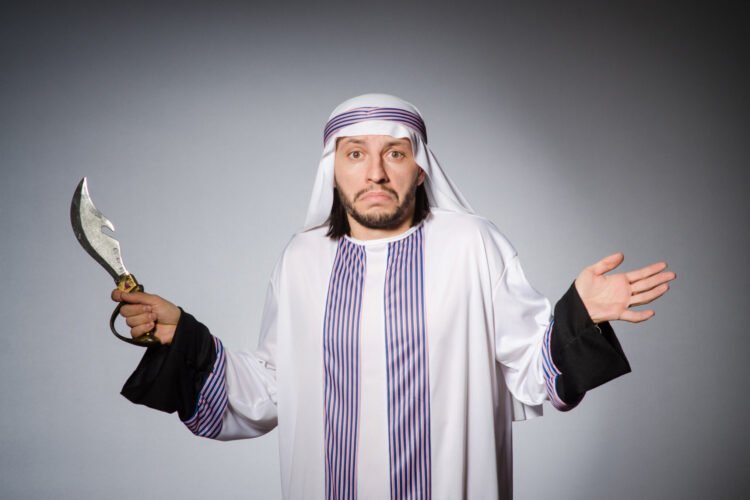 A representative of Saudi Crown Prince Mohammad bin Salman (MBS) announced that the Kingdom will now be slicing off everyone’s hand as if they were thieves. The new policy, however, ensures that both hands will be removed, just as a precaution. The new law is being implemented to tackle handshakes, which can lead to furthering the spread of coronavirus Delta variant. The plan is part of a few introduced by MBS, who was selected to handle the COVID-19 crisis after years of experience socially distancing himself from the rest of his family.

“It’s a simple idea,” said a Saudi health official. “If you don’t have hands you can’t shake hands. It also means people can’t touch their faces. People will finally cough into their elbows and we’ll have a healthier population,” The health official claims were refuted earlier as experts pointed out that studies show that people with hands just cough into other people’s faces instead of using their elbow.

The new plan seems to be gaining traction with other important members of the Saudi government. “It’s beneficial all around,” said the Saudi justice minister. “Not only will the crisis end faster but once it is over, we can finally have a crime-free society, barring any unlikely scenarios, such as an eighth wave of Corona, or human rights groups. Granted, this mostly only applies to pickpockets, but still, we are counting it as a win.” Other ministers also expressed satisfaction with the policy. “We will finally put an end to the sinful act of masturbation,” commented the Minister of Islamic Affairs. “When this happens, God will make the virus disappear on its own, like magic. And when people have no hands, my wife definitely will not cheat on me.” Marriage experts point out that despite the new plan, the Minister’s wife will likely continue cheating.

As of press time, health experts and human rights groups did stress out that while removing peoples’ hands is not the most ethical way to go about stopping the spread of the Delta variant, it’s definitely safer than anything that Florida Gov. Ron DeSantis has come up with so far.