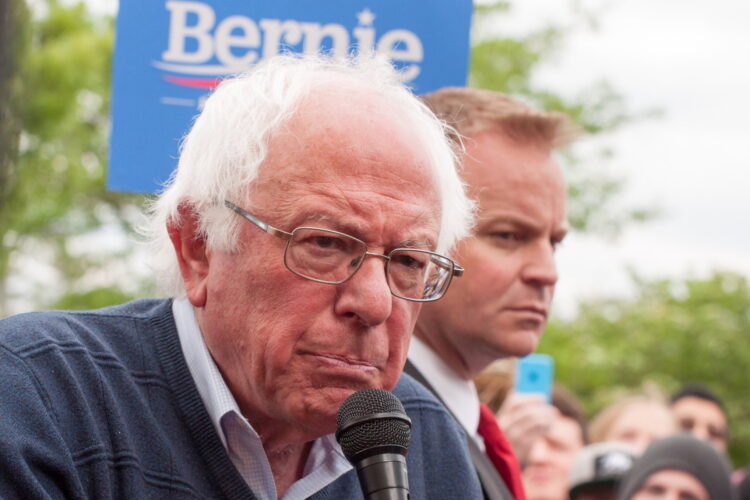 The ever-active Vermont Senator Bernie Sanders is still at it, this time taking the ‘Fight for 15′ to what remains of the Caliphate, demanding that the Islamic State pay a living wage of $15.00 an hour to its mujahideen (Jihadis) in Iraq and Syria.

“These fighters work very hard, very long hours, in a very dangerous job, and yet they are paid peanuts while the Caliph and those around him live very comfortably,” Sanders said in a stump speech somewhere in Syria. “It is not fair that the top 1 percent of ISIS officials get 83 percent of the Caliphate’s income, 91 percent of its sex slaves, and nearly 100 percent of its opium.”

Sanders further called on the terror group to improve working conditions while also transitioning to renewable energy to power its operations.

“Frankly, it’s hard to defend this organization when it does not treat its employees in a reasonable manner,” Sanders said. “Maybe that is why they are so unpopular.”

As of press time, new ISIS leader Amir Muhammad al-Mawla had refused to raise wages but did promise to allow his fighters regular bathroom breaks.