Republican National Convention to Be Hosted in Judea and Samaria 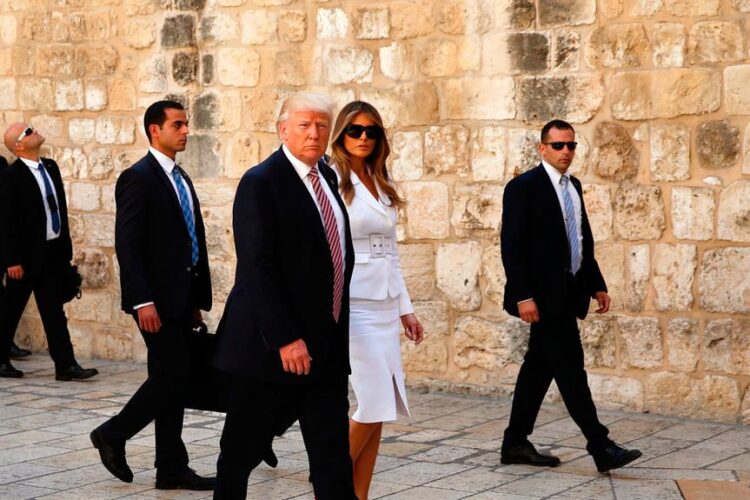 Image from The Jewish Chronicle in "Trump makes history as first sitting US president to visit Kotel" at https://bit.ly/2FXm1OR

This week as Mike Pompeo announced that he would be tuning into the Republican National Convention (RNC) from Jerusalem to win over the Evangelical Messianic Jewish vote, some said he was not taking Jared’s peace “plan” seriously enough, so the party decided instead to double down and host the entire event in, what they’re calling, Judea and Samaria.

Although almost everyone involved in the Israeli-Palestinian conflict warned against this, the event coordinators remained steadfast in their belief that hosting an event in an imagined one-state Israel was “no worse than being in a city that embraces gender neutral bathrooms. To hell with Charlotte! At least in Judea and Samaria both sides know how to properly segregate.”

Some are suspicious that the RNC is holding the event in person because they have no members under the age of 60 who could possibly help them pull together an online show, but Jared was quick to assuage the press that the Republicans are fine hosting this event because as of today Judea and Samaria is not even on the map for COVID cases.

In addition to the attractiveness of it not being LGBT-friendly, and being COVID-free, Pompeo added that “Our re-election plan revolves heavily on enough people being dead for Judgement Day to be a success. Which is why I thought we’d do a practice show by inviting all of our most popular ghouls and demons to Judea and Samaria to scope out the real estate. We even have four horsemen because Kanye’s bringing the Friesians from his farm in Wyoming.”