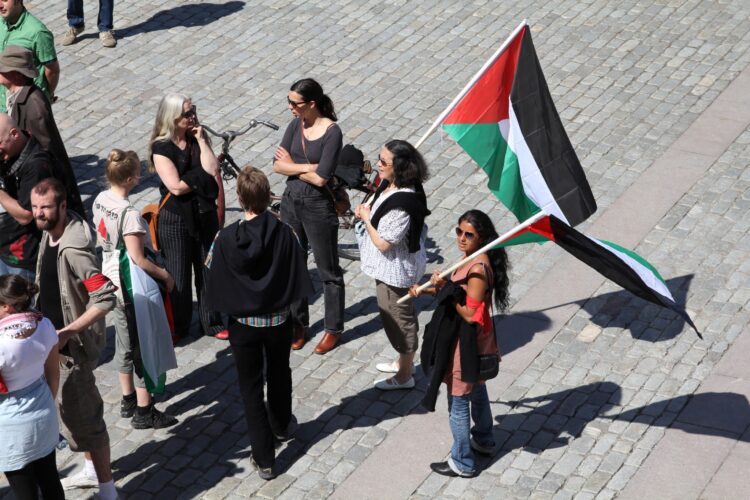 In the latest outbreak of violence in the long saga of Israel and the Palestinians, numerous stabbings have been carried out against Israeli soldiers and civilians. As should be expected at this point for any news coming out of this region, opinions on the attacks are polarized. Some groups, most notably, The Asshole Lobby, have praised the attacks, calling them a “natural reaction to the occupation.” Other, saner, people have condemned the brutal attacks, maintaining that they will only worsen conditions for the stateless Palestinians, and are just a dick move to begin with. What is unusual is a group both condemning the attack and simultaneously criticizing its ineffectiveness. This is the case for the pro-Palestinian group, Students for Freedom in Palestine.

This group has vocally criticized the stabbings, saying that they are, “not nearly deadly enough.” We contacted the President of Free Students for Palestine Freedom, James O’Donnely, in order to gain some insight into this unique point of view. “We here at Studious Palestinian Students for Free Palestinian Freedoms and Liberties, like to think of ourselves as the top defenders of the Palestinian cause. One day, the Zionist entity will be destroyed, and we support all those who toil to that end. But, that end will not come at knifepoint – knives are just so…small-scale. Whatever happened to the good old days of blowing up buses and suicide bombings at restaurants? That was real damage, real human suffering. That’s what we’re all about here at the Society for the Prevention of Meanness to Palestinians and Promotion of Free Students of Palestinian Freedoms.”

“We might be thousands of miles away from the conflict, but clearly we know what’s best for the Palestinians.”