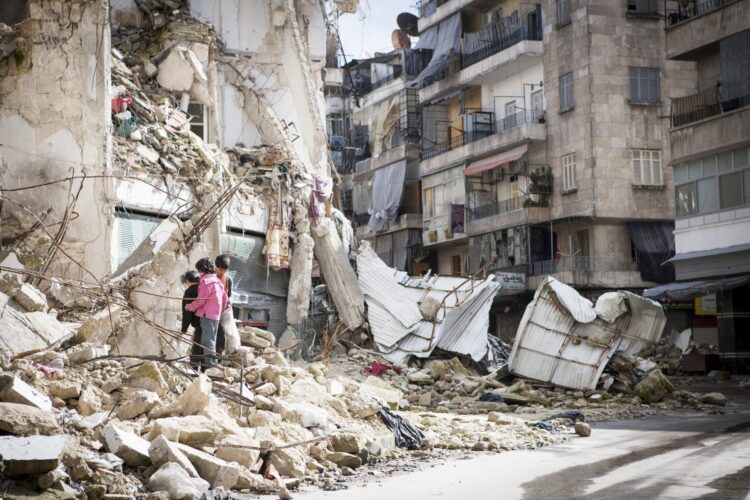 NEW YORK – Echoing his past praise for the 2008 housing crash, U.S. President-elect Donald J. Trump has claimed that the Russian air strikes currently devastating the Syrian city of Aleppo will be a boon for his luxury real estate empire.

“Sure, the pictures coming out of Aleppo are horrible… but think of the amazing redevelopment opportunities once Assad mops up all those Muslim terrorists,” Trump told Breitbart News yesterday, before hinting at a joint U.S.-Russian reconstruction effort: “Putin and me both know how to get things done – and as everyone knows, my family has a lot of experience building big, beautiful buildings.”

The comments, together with a photo subsequently uploaded to Instagram by the President-elect’s eldest child, are liable to fuel rising concerns over a Trump White House’s myriad potential conflicts of interest. Less than an hour after the Breitbart interview was published, Trump Organization VP Ivanka Trump – who earlier this week reportedly sat in on a three-way phone call between her father, Putin and Syrian dictator Bashar al-Assad – posted an architectural rendering of the gleaming ‘Trump Aleppo,’ captioned: “So excited to one day cut the ribbon and open this world-class tower with the stylish & forever inspiring First Lady of Syria, @asmaalassad!”