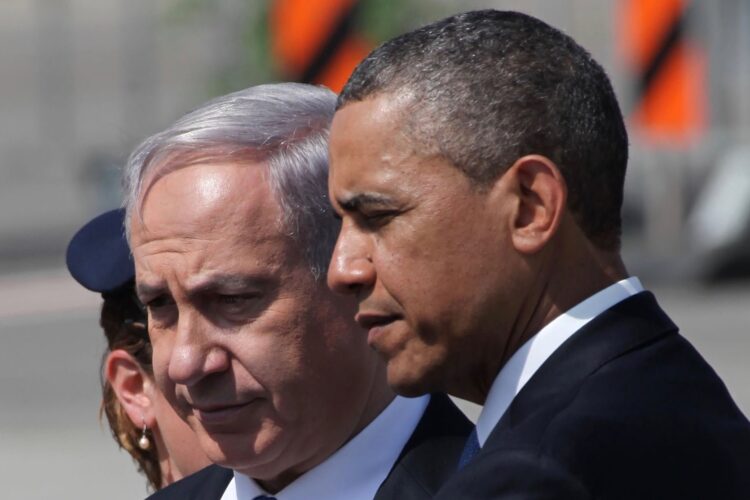 In yet another sign of their frosty relationship, U.S. President Barack Obama neglected to tag Israeli Prime Minister Benjamin Netanyahu in a group Facebook photo of world leaders at the recent United Nations General Assembly meeting in New York.

Calling the incident “a grave insult to every Jew, Holocaust victim and democracy-loving fighter of global terror,” Netanyahu told the Sheldon Adelson-owned Israeli newspaper, Israel Hayom, that “Obama tagged every world leader except me – including genocidal Islamo-fascists like Iranian President Hassan Rouhani and absolute nobodies like Slovakia’s Andrej Kiska!”

The perceived slight follows years of mounting diplomatic tensions between the two leaders over Iran’s nuclear program and Palestinian statehood, and analysts are calling the latest incident one of the pettiest yet, with a foreign policy expert at the Brookings Institution saying it even tops Obama’s infamous Facebook ‘unfriending’ of the Israeli PM last year.

According to the New York Times, Netanyahu subsequently tried to call Obama to ascertain whether “Tag-gate” was intentional or simply an oversight. “It went to voicemail after one ring, so I know he saw the call and pressed decline,” the Israeli leader reportedly complained to an aide within earshot of a NYT reporter, before adding, “Thank god we’ve only got a few months left with this jihadi-appeasing anti-Semite!”

An irate Netanyahu then allegedly sent Obama a long, angry email threatening to annex the West Bank and start a catastrophic war with Iran if the U.S. President didn’t apologize for the tagging incident, to which Obama reportedly replied: “Be my guest – I can’t begin to describe how much easier my final months in office will be once the entire Middle East burns to the ground. Good riddance to you all!”