Palestinian Department of Archeology Unveils 1930 Edition of the Palestine Post 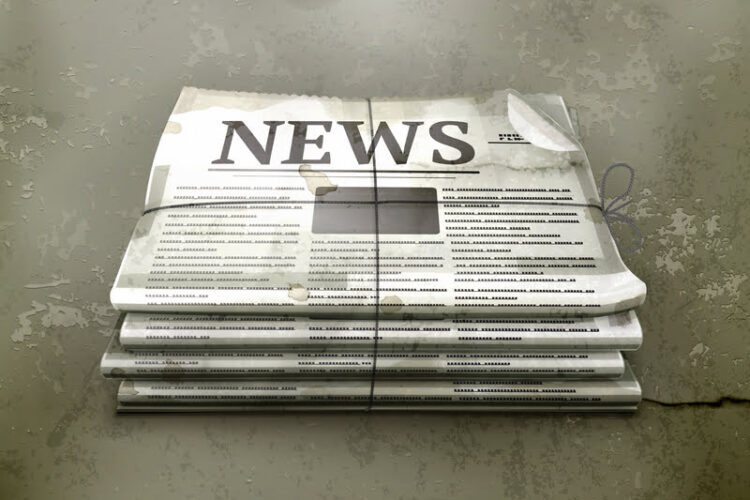 In the Israeli-Palestinian conflict over narrative history, the Palestinian Authority sought to score a major win today by unveiling a recently uncovered 1930 edition of the Palestine Post. With Mahmoud Abbas at his side, Department of Archeology Chair Iba bin Digga, explained the finds significance. “We Palestinians struggle to prove our ancient historical connection with our land. The Israelis say that Palestine is an invention, that we are just another group of Arabs without a distinct identity prior to the beginning of this conflict. They say Palestine is just a label applied to Jewish land by Romans wishing to insult defeated Jews. Well here, from 1930, we have proof positive of ‘Palestine’ and ‘Palestinians’ existing long before 1948!”

Mr. Digga further explained how the copy of the 85 year old paper was found. A woman in Hebron who apparently doesn’t frequently clean her icebox, found the paper way in the back of the cooler around a surprisingly old piece of white fish. No word on whether the white fish was still good.

RELATED: Oh good, some more religion to fight over

Questions, however, quickly disrupted the Palestinian’s festivities. Perusing the paper, one reporter pointed out that the publisher name, Jacob Landau, sounded awfully Jewish. As Mr. Digga insisted that the name was in fact of ancient Palestinian origin – rooted in the word “’Land,’ as in Homeland,” other reporters pointed to the bi-lines which also to contain only Jewish names. Mr. Digga, however, remained steadfast in his insistence.

Within hours, Prime Minister Netanyahyu held a press conference. “The Jewish people cannot stand for this! We insist President Abbas return our newspaper. This is non-negotiable. Only when the Palestinians acknowledge that this is and always has been a Jewish newspaper, can there be any hope for peace.”