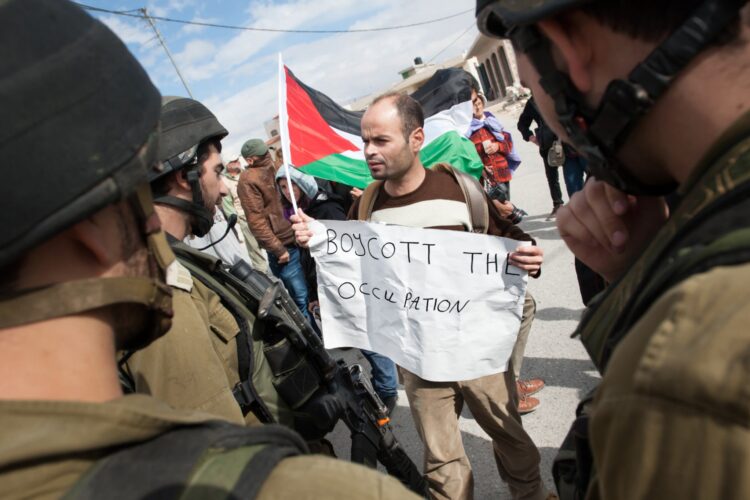 As a result of pressure from groups like BDS, some countries have begun demanding that products originating from illegal Israeli settlements in the West Bank be labeled as such so as to allow consumers the option of avoiding them.  While most BDS members rejoice whenever such policies are adopted, it has been revealed that many members feel something is lacking.  A subgroup of BDS members has announced that they would also like goods originating in the U.S. state of New Jersey to be labeled as well.  The group, made up entirely of New Yorkers made their views clear on their Facebook page.

“We at NYC BDS feel that the Israeli government’s actions are immoral, unethical, and kinda gross, so we want to be able to avoid goods produced in those conditions,” the page read.  “BUT- we also feel that New Jersey is gross, and we want to avoid goods produced there, as well.”  We reached out to the group by e-mail to inquire about their odd stance on New York’s neighbor, but received an auto-reply simply stating, “We’re out to watch our Islanders beat the snot out of the New Jersey Devils!  Smell ya later!”  So, it appears that tribalism, in all its forms, is not dead quite yet.