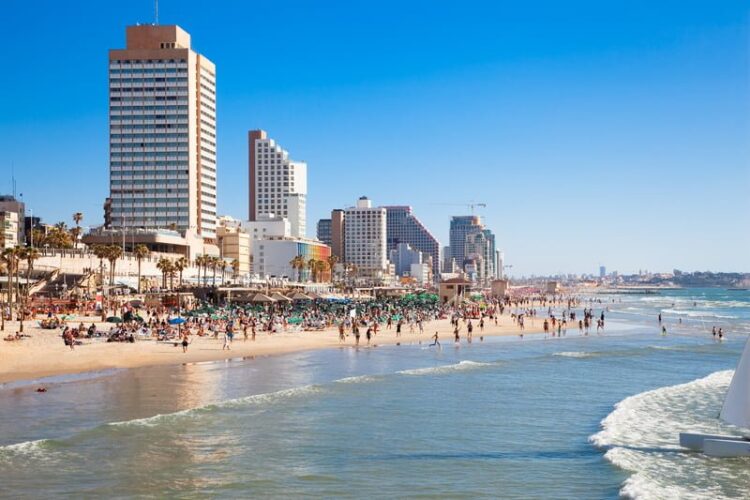 As Israel has embraced new waves of immigrants entering the country, those immigrants are slowly starting to realize that the ‘land of milk and honey’ isn’t all it’s cracked up to be.

“Land of milk and honey, my ass! I’ve made a huge mistake,” said David Greenberg while holding a surfboard on his way to the beach. “I left a six figure salary in New York and came to Tel Aviv where the only apartment I can afford is a small closet that I split with two other people. This morning, I was almost run over by a motorcycle on the friggin sidewalk and then was attacked by a gang of stray Jewish cats. Seriously, WTF is going on here?”

Michael Finklestein from San Francisco agreed while eating some delicious shawarma that living in Israel is pretty F’d up. “First there was this whole thing with Hamas with missiles flying over the city. Then once that ended, we had all these shells coming into Israel from Syria because of their fucking civil war. Now you’ve got Hezbollah detonating shit up on the Lebanese border, and ISIS is only a couple hundred miles away. On top of that, you’ve got Iran building nukes, shipping arms to Hamas and Hezbollah, and vowing to destroy Israel. FML! Honestly, the headlines in real newspapers here are just as fucked up as the ones in The Mideast Beast!”

Another new immigrant agreed. “I thought I was going to move over here and hang out with beautiful Israeli women on the beach all day. But all those beautiful women already have Mossad-type boyfriends who know 50 ways to kill me with their pinky finger. Now if you’ll excuse me, I have a date with a cute Jewish chick from California.”

A recent poll/study by the Department of Useless Statistics reveals that among the most recorded complaints about moving to Israel is the complaint that everyone is complaining about something.