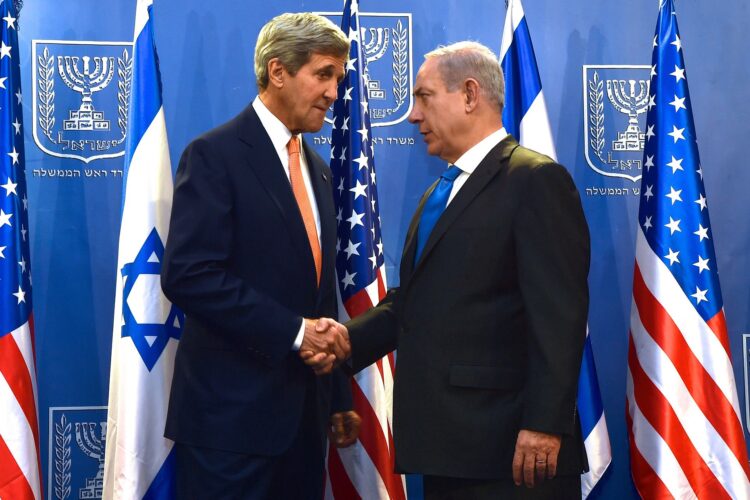 Netanyahu and Kerry By U.S. Department of State [Public domain], via Wikimedia Commons

In a bombshell statement that changed the reality of the Nazi campaign against European Jewry, Israeli Prime Minister Benjamin Netanyahu revealed to the world that Hitler was more or less undecided about what to do with the Jews until he met a very special someone. The special someone was the Grand Mufti of Jerusalem Haj Amin al-Husseini, who, according to Netanyahu, gave Hitler the idea for the Final Solution.  This is piece of history that was widely unknown, in that before Netanyahu said it the other day, nobody thought that was what happened.

In an apparent attempt to educate the public in his version of the Holocaust, Netanyahu announced another discovery he has made. It seems that Hitler, much like President Barack Obama, was actually a secret Muslim. According to the Israeli leader, this explains why Hitler hated Jews so much, and why he was such good friends with al-Husseini. In line with this new bombshell, Netanyahu has demanded the release of Hitler’s long-form birth certificate in order to prove his hypothesis. This is not the first time Obama and Hitter have been connected, but it is the first time Hitler has been compared to Obama rather than the other around.

However, noted Historians have said that Netanyahu’s theory may not hold water, “since, you know, it’s the ravings of a fucking lunatic.”