Middle Eastern States Debate Whether to Intervene in Baltimore 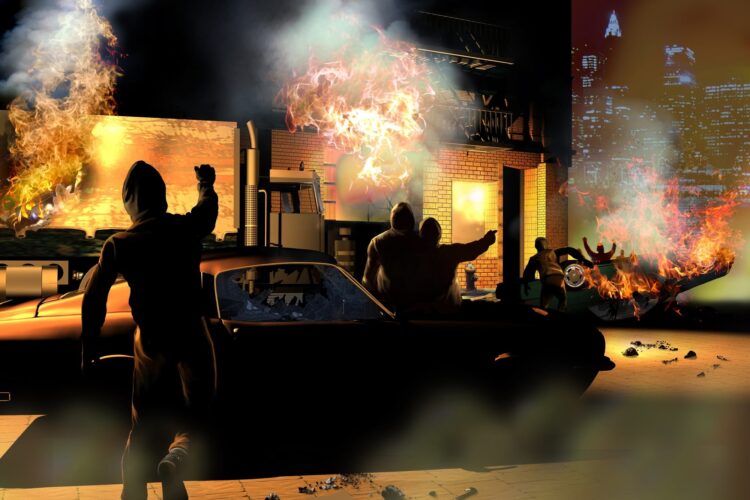 As riots in Baltimore continue to spiral out of control, several Middle Eastern leaders have publicly considered sending forces to help maintain some sense of order and stop the chaos from spilling over into neighboring states.

“We aren’t the world’s police, and we can’t be expected to intervene in such an unstable region every time the people rise up against their government,” explained Iraqi Prime Minister Haider al-Abadi. “At the same time, we have legitimate interests in ensuring Maryland doesn’t become a failed state given its proximity to Washington.”

While the Iraqi leader said he was against putting boots on the ground in Baltimore, he would not rule out airstrikes to help strengthen the increasingly-tenuous hold of the American regime. The Libyan Prime Minister, Abdullah al-Thani, said that Arab states must take action to make sure the unrest does not spread to the American capital just 30 miles away. However, Afghan President Ashraf Ghani was adamant that his military would not be pulled into the conflict in Baltimore.

“While we view the events in Baltimore with great concern, we’ve got our own issues to deal with and cannot afford to be nation-building overseas,” Ghani insisted. “Besides, even if our intention is just to put down the uprising in Baltimore, we could end up getting sucked into their civil war and still have our troops propping up the government 15 years from now.”

President Obama would not comment on reports that Iranian forces were seen fighting alongside police near Camden Yards, and Egyptian President al-Sisi has expressed “deep concerns” at the brutal crackdown on citizens and a possible military coup. “Such actions are simply unacceptable,” said the Egyptian President.

In related news, the Israeli Prime Minister expressed his support for the American government and offered to send settlers to assist in occupying territory in Baltimore.