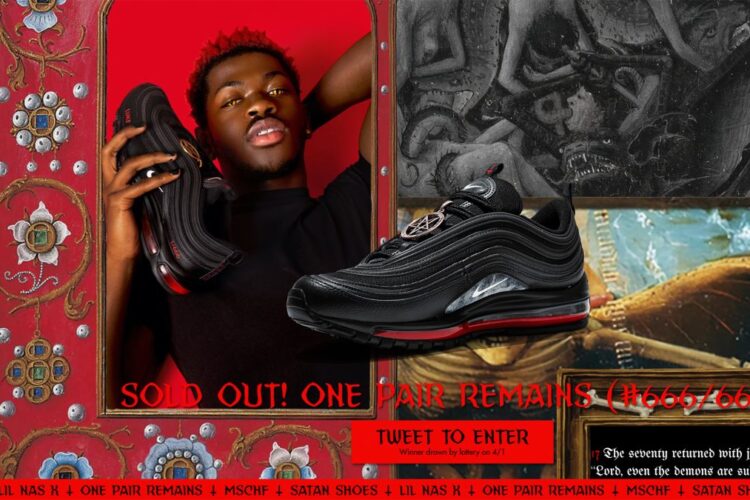 A screen shot of Satanshoes.com shows Lil Nas X holding one of the modified shoes, from CNN, 31 March 2021 at https://cnn.it/3fG5COA

Rapper Lil Nas X has once again ignited controversy with a new line of shoes, this time collaborating with al Qaeda leader Ayman al-Zawahiri on what the duo has dubbed ‘Jihad Sneakers.’

The shoes will include jihadist imagery and be made with one drop of actual infidel blood, the rapper and Atlanta native announced. Just 911 pairs of the shoes are being produced, with the shoes sold for $2,216 a pair, to commemorate the Quran 2:216 verse which speaks of jihad being the way of Allah.

It is the second time in a month that Lil Nas X has found himself involved in a shoe-related controversy. Last month his Satan Shoes, which featured Satanic imagery and a drop of human blood, sold out in less than a minute for $1,018 a pair.

RELATED: Recruiting Kanye Not Worth It, ISIS Decides


Lil Nas X cited his experience growing up as a gay man in explaining why he made the Satan shoes as a rebellion against religion. Asked why he was now working with the Islamist terror group, the rapper admitted, “Look, I’m just trying to sell a lot of shoes and piss off white people.”

As of press time, Nike is suing al Qaeda for stealing its signature “Swoosh.”