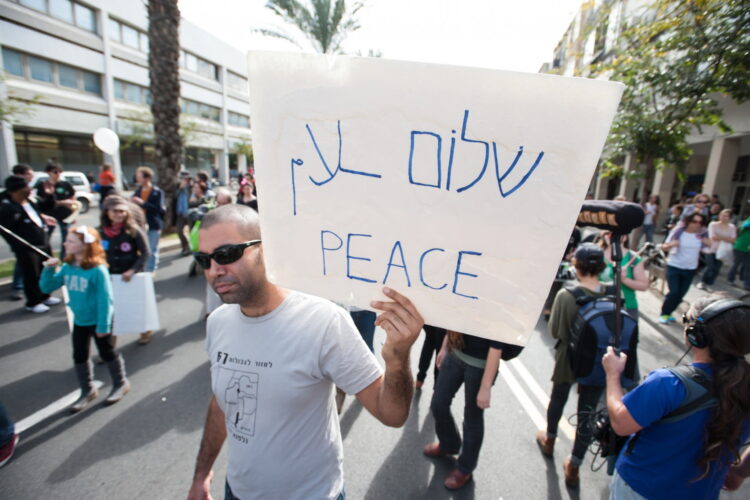 An Israeli pacifist has died trying to fulfill his dream of “spreading the message of love and liberty across the hate-filled deserts of the Middle East.”

27-year-old Ori Ashkenazi left Tel Aviv to great fanfare, telling CNN: “Ever since I was a kid at a candle-lit memorial for our slain prime minister, Yitzhak Rabin, I’ve dreamed of peace in the region. I may not make it back alive, but it’s a cause for which I’m prepared to die.”

While Ashkenazi made it across the West Bank and Jordan to the Iraqi border relatively unscathed (he sustained light injuries in a stabbing attack near the Palestinian city of Nablus), he was promptly seized, tortured and decapitated when he strayed into ISIS-controlled territory in Iraq’s Anbar province after his GPS device malfunctioned.

In keeping with his wishes, Ashkenazi’s body was wheelbarrowed across government-controlled territory by the Red Crescent, arriving at the Iranian border in two pieces. However, the mutilation was not over: Suspicious Iranian border guards – thinking Ashkenazi’s limbs were implanted with “Zionist spying devices” – then proceeded to cut off his arms and legs.

That night, Ashkenazi’s severed corpse was then smuggled by an Iranian democracy activist to the Islamic Republic’s capital and dropped off at Tehran’s iconic Azadi (Freedom) Tower, where his decomposing fingers were arranged into the V sign, photographed and posted on Instagram, quickly going viral.

“He died a martyr for peace,” said Ashkenazi’s grieving but evidently proud mother, Esti, speaking to BBC back in Tel Aviv. “May the memory of Ori inspire millions of other Middle Easterners to break down the borders that divide us and turn the region into one vast Pan-Abrahamic federation of orgiastic glory!”