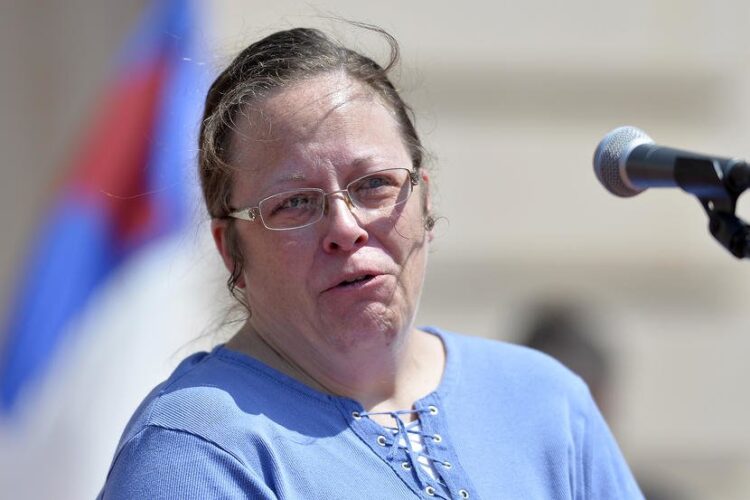 Courtesy of (and all rights reserved to) MSNBC; in http://on.msnbc.com/1hCCBBH

Kentucky county clerk Kim Davis, who came under fire for refusing to issue marriage certificates to same-sex couples, revealed yesterday that a number of Middle Eastern countries are interested in her services.

“After facing so much hate and discrimination from my fellow Americans, it’s a relief to see that there’s one part of the world where my God-given hatred of homosexuality is appreciated,” Davis told The Mideast Beast. “The tolerance these countries have shown towards a persecuted minority like myself is truly heart-warming.”

Davis said she initially considered working in Israel, where she was promised she would not only be free from issuing marriage certificates to gay couples but interreligious couples as well. She changed her mind when she learned she would still have to interact with gay people on a regular basis. She then interviewed with Iran, which assured her they “do not have this phenomenon” and, further, offered her a significant salary increase, as they had recently come across an additional $150 billion funding source.

In the end, however, she said she is leaning towards accepting a clerk position in the Islamic State, or ISIS.

“Not only do I like their approach to homosexuality, but their leader, Abu Bakr al-Baghdadi, told me that like me, he also speaks directly to God,” Davis explained. When asked whether she thought her Christian faith could cause problems in the ISIS-controlled territory, she replied, “What do you mean? Why would it?” 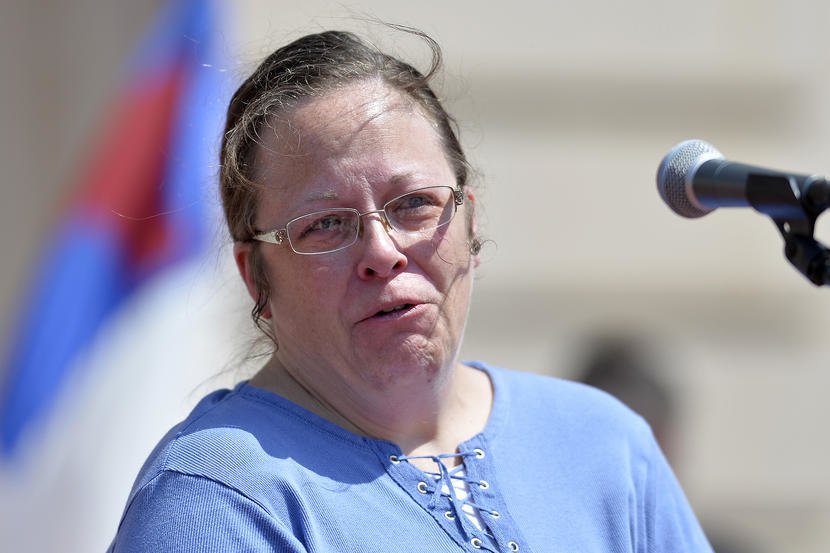