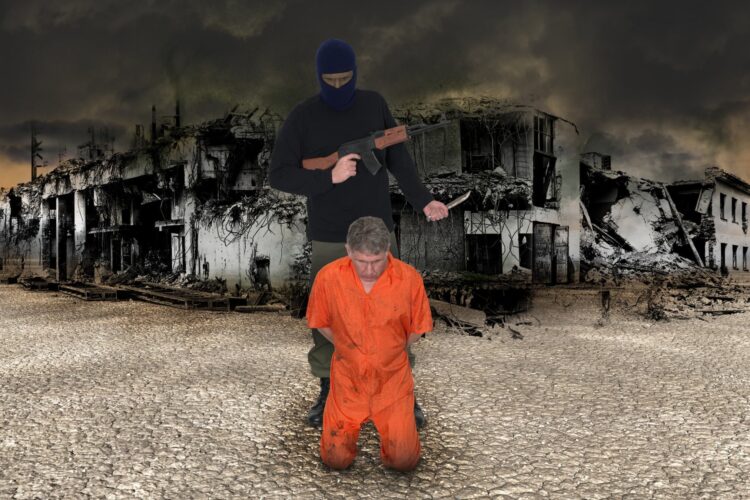 RAQQA, SYRIA — After sneaking over the Turkish/Syrian Border, Stinka ibn Tooshy – formerly Oliver Weinberg of Cherry Hill New Jersey, joined the rapidly growing world of Jihad. He described his first exciting months with ISIS thusly: “It was just like I’d seen on the Internet: beheading apostates, taking their wives and daughters as sex slaves, terrorizing civilians. Twenty-four hours a day. I know it sounds like a party, but it was also a lot of work.”

Over time, however, Tooshy began to have doubts about some of his colleague’s activities. “One time my buddy, Sharif Mastta Battar, caught this guy stealing some water. So Battar tied the guy down, stuck a tube down his throat, and started pumping him full of water. It was terrible. I mean the guy was just thirsty.”

Worried that his doubts betrayed Jihad, Tooshy sought out the advice of an imam. Like many, young Tooshy arrived with much zeal, but little in the way of formal Islamic education. He was directed to a page in the Quran, “Those who wage war against Allah and His Messenger and strive upon earth [to cause] corruption is none but that they be killed or crucified or that their hands and feet be cut off from opposite sides…”

Mr Tooshy still remained unsatisfied. “Okay, but where’s the stuff about raping six year old slaves and burning people alive? The imam flipped around for a while and then just told me to get with the program. Get with the program?” Standing splattered with blood in a field of screaming victims, Tooshy is beginning to suspect that Jihad may not be for him. “As soon as Spring Break comes around, it’s back to Cherry Hill, New Jersey for this guy.”