ISIS Abandons Qur’an For Being Too Peaceful, Adopts Gospel According To Wile E. Coyote 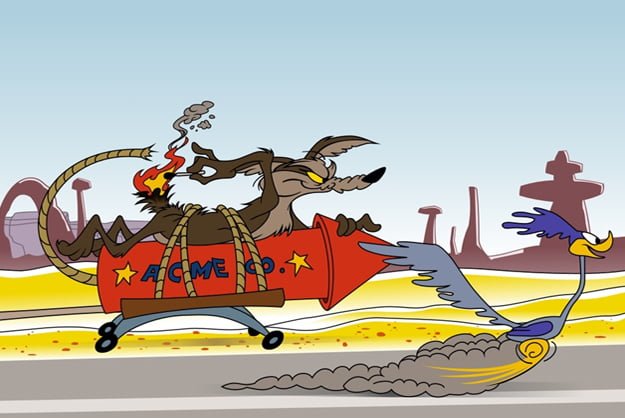 After constant accusations of not truly representing Islam, thus leading to the downfall of its faux Caliphate, the Islamic State has decided that the Qur’an will no longer be the guiding force of their movement.

The militant radicals will instead follow the far more violent scripture of mid 20th century American cartoons. Following visits from Acme missionaries to the Middle East, the Islamic State learned about the prophet Wile E. Coyote and his many sacrifices for the sake of violence. ISIS had been looking for a replacement for Islam ever since former President Barack Obama refused to validate the group as radical Islamists and the terrorist group’s public relations division had been looking for a change in image to attract more Twitter followers.

The missionaries claim the Islamic State really responded to the Coyote’s ability to not die from multiple self-imposed explosions and that he confirmed their theory about weaponized pianos. The conversion has gone smoothly so far, but one issue that is still up in the air is the name. Neither the words Islamic nor State feel appropriate for the group any longer. The new name ideas are a short list consisting of ‘The Looney Bin’,‘The Anti-Meep-Meep League’ and ‘The Seriously Badass Coyote Club.’