If Elected, Hillary Clinton Pledges to Restore Saddam to Power 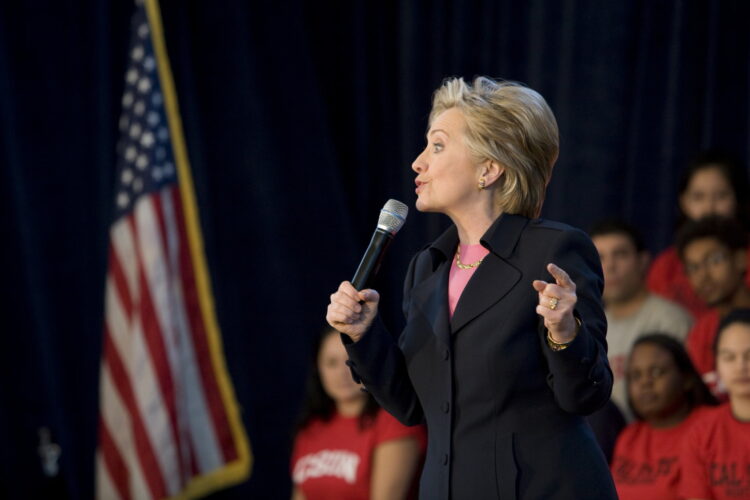 Showing how seriously she regrets her vote in favor of the Iraq War, former Secretary of State Hillary Clinton today announced her intention, if elected, to restore Iraqi dictator Saddam Hussein to power. Fox News mocked the plan – after a quick Wikipedia check – pointing out that Hussein was executed back in 2006. Sources tell The Mideast Beast, however, that Clinton is prepared to overcome this minor roadblock.

“Way back when the Clinton Foundation ‘acquired’ Saddam’s mustache after his demise,” an unreliable source told The Mideast Beast. “With that genetic material and cutting edge science, the Foundation has grown and been raising their own Saddam clone for years.” The source further explained that ‘Saddam II,’ as the Foundation calls him, is being raised secretly in conditions intended to mirror that of Saddam I. “He’s being subject to the most inhumane forms of physical and psychological abuse, all designed to create a full on sociopath. Real Boys from Brazil stuff. And I’m talking the whole megillah. The Foundation has spared no expense.”

As for the potential grave human cost, the source explained that he saw this as of little concern. “Remember the good old days – I mean the really old days – before 1991 when most Americans hadn’t even heard the name Saddam and couldn’t find Iraq on a map? That’s the golden era which Hillary hopes to restore.”

As the candidate explained at a rare news conference, “President Bush made the mistake of playing God in the Middle East, taking the choice away from the Iraqi people. All I’m talking about is putting it back to the way things were.”

Some experts doubt the Clinton Plan could succeed. The candidate, however, brushed aside their concerns. “You’ll recall, knocking Saddam out of power was the easy part. How much harder could it be to just put him back and then get the hell out of dodge?”