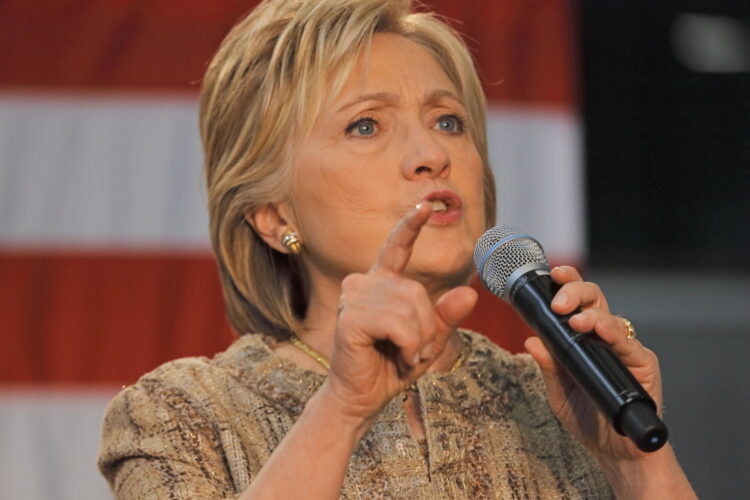 Citing the success of her “Russian Reset” as Secretary of State, Democratic presidential nominee Hillary Clinton has promised to launch an “ISIS Reset” if elected this November.

“While it’s clear that the United States and the Islamic State have gotten off on the wrong foot, it’s about time that we focus on our common interests and work together on key objectives,” Clinton said in a joint press conference with ISIS leader Abu Bakr al Baghdadi. “It’s time we hit the ‘reset’ button.”

With that, Clinton brought out a symbolic button, with the word “RESET” written in English. The same word was intended to appear in Arabic on the button; due to a translation error, however, the Arabic text instead read “Death to the infidels.”

Though both Clinton and al-Baghdadi spoke positively at the possibility of improved relations, early indications are less than positive. Within hours of the meeting, ISIS had reportedly shot down a Malaysian airliner and invaded and annexed the Ukrainian Crimea Peninsula.