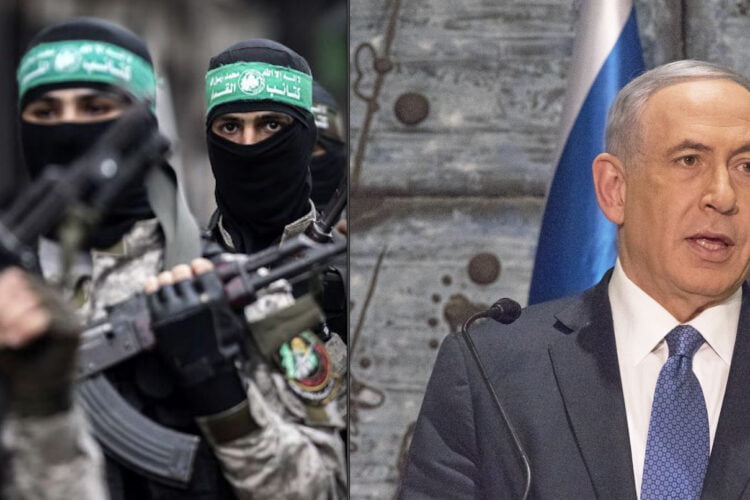 Hamas has surprisingly decided to join Netanyahu’s ceasefire unity government after eleven days of tense disagreements and heated debates involving some 4,000 rockets and intense Gaza bombings. In exchange for complete freedom from adult intervention in their militant Gaza playroom, Hamas has agreed to back Netanyahu politically until 2030.

“Sometimes you need to make painful compromises for the sake of King Bibi and country. The prime minister promised to deliver a severe blow to our opponents and Israel’s political anti-Bibi opposition is indeed in shambles.”

“Since nobody knows the Zionist entity’s weak points better than I do, it makes perfect sense that I’m tasked with the tremendous responsibility of chairing the fake Jew state’s defence. I promised that we would enter Jerusalem victoriously and here I stand smiling next to Jerusalem’s most popular falafel shack Ali Bibi and the Forty Jokers.

In addition to the Israeli Defence Ministry, Hamas also gets several key government portfolios including the Ministry of Subterranean Transportation and the Ministry of Iron Dome Air Defence Neutralization.

Asked whether he trusts that Netanyahu will honour the Israel-Hamas ceasefire government agreement, Deif responded:

“While Bibi is quite talented by derpy Zionist standards, he needs my mentorship to become a true shticks and tricks master.”