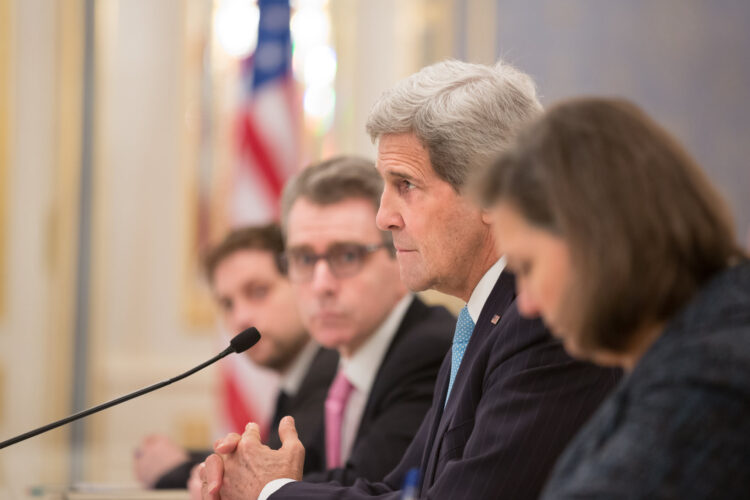 Right on the heels of, what can only be described as ‘truly successful efforts’, to end the Israeli-Palestinian conflict and force Iran to abandon its nuclear program, Secretary of State John Kerry announced he has set a six-month timetable for bringing an end to the 1,300-year Sunni-Shia divide.

“We hope to get both sides to the negotiating table immediately for six months of intense negotiations, followed by an agreement that will end each and every disagreement between the world’s 160 million Shias and 1.5 billion Sunnis,” Kerry told The Mideast Beast. “This conflict has gone on too long and cannot last another day.”

As a measure of goodwill, Kerry presented a framework agreement asking the Shia population to withdraw completely from Syria. The Sunnis, in return, were told they must recognize Iraq as a Shia state.

Kerry’s proposal was received coolly by leaders on both sides, who tried to explain to the American diplomat that the dispute was a bit more complicated than his framework suggested. Additionally, critics noted that neither sect had one leader who could claim to speak for all its adherents. Kerry, however, remained unfazed.

“The status quo is unsustainable!” said an exasperated Kerry. “Do we really want another Battle of Karbala?”

On Sunday, Kerry warned that a failure in the Sunni-Shia peace talks would likely be blamed on Israel.