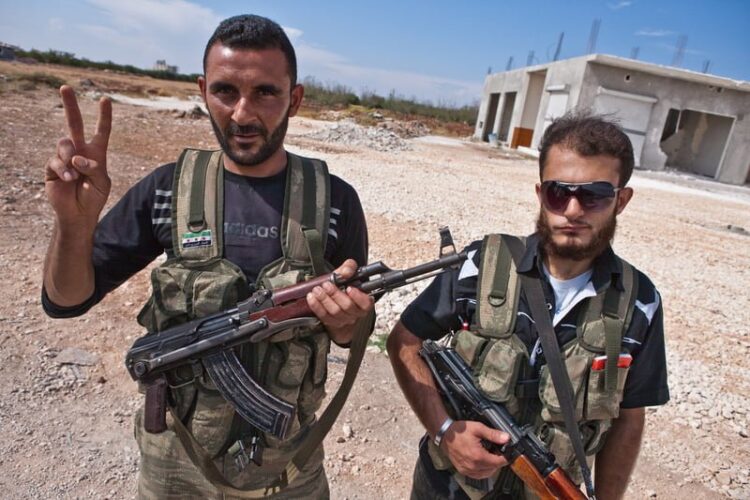 In the latest success for President Obama’s policy towards Syria, the five moderate Syrian rebels trained by the U.S. military – at a cost of $100 million per soldier – have taken over the Syrian capital and are on their way to uniting the country under their rule.

“While we have invested more than $500 million in taxpayer money in arming this force, our money has clearly been well spent,” U.S. Commander Lloyd Austin told Congress. “Those who claimed that we couldn’t decisively impact a complex civil war spanning two countries with scores of hostile militant groups by training a handful of soldiers have been proven wrong.”

Austin was originally mocked when he told Congress that the half-billion dollar program had produced just five combat-ready soldiers. By investing $100 million on each soldier, however, American trainers were able to ensure that these troops were nearly invincible. By Thursday, both President Bashar al-Assad’s forces and ISIS troops were surrendering en masse to the pro-American fighters.

RELATED: Standards Likely to be Lowered in Syrian Rebel Recruitment

“I knew it was just a matter of time before my strategy of demanding that Assad must go and promising that ISIS would be defeated while investing almost no resources in the region would eventually pay off,” Obama declared. “Assad is paying the price for crossing my red line.”

On Friday, with a pro-American regime on the verge of taking power in Syria, U.S. Secretary of State John Kerry announced plans to restart peace talks between the Syrian government and Israel.