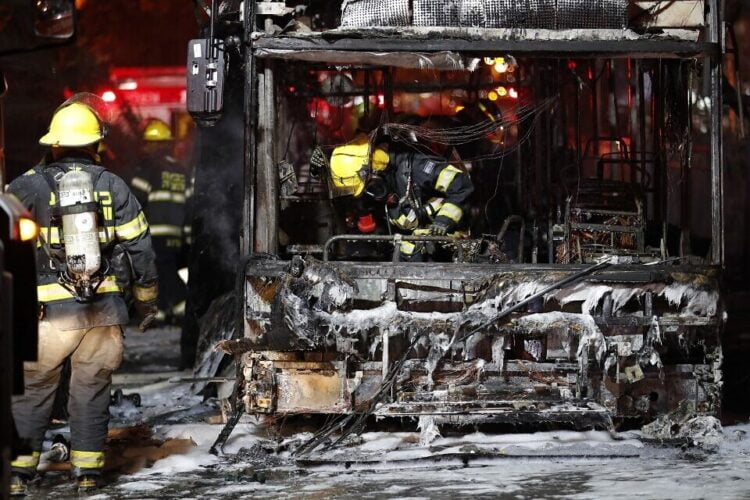 Image Credit: The Times of Israel: “Firefighters examine a bus in the town of Holon near Tel Aviv, on May 11, 2021, that was hit by rockets fired from Gaza” (Ahmad GHARABLI / AFP)

Noting that the vast majority of the hundreds of rockets launched at Israeli towns and cities landed uneventfully in empty fields, CNN anchor Don Lemon pointed out that the Iron Dome batteries could have launched a social worker into the sky to de-escalate the situation instead of blasting the rocket out of the air with an interceptor missile.

“Besides, so what if these rockets get a little bit violent sometimes?” anchor Chris Cuomo asked. “Where does it say that rockets are supposed to be peaceful, or that militant groups aren’t supposed to blow up homes, busses, and schools?”

Correspondent Omar Jimenez, meanwhile reported from just south of Tel Aviv, where a rocket had hit a bus, that Hamas had launched a series of “fiery but mostly peaceful attacks” as the bus burned in the background. 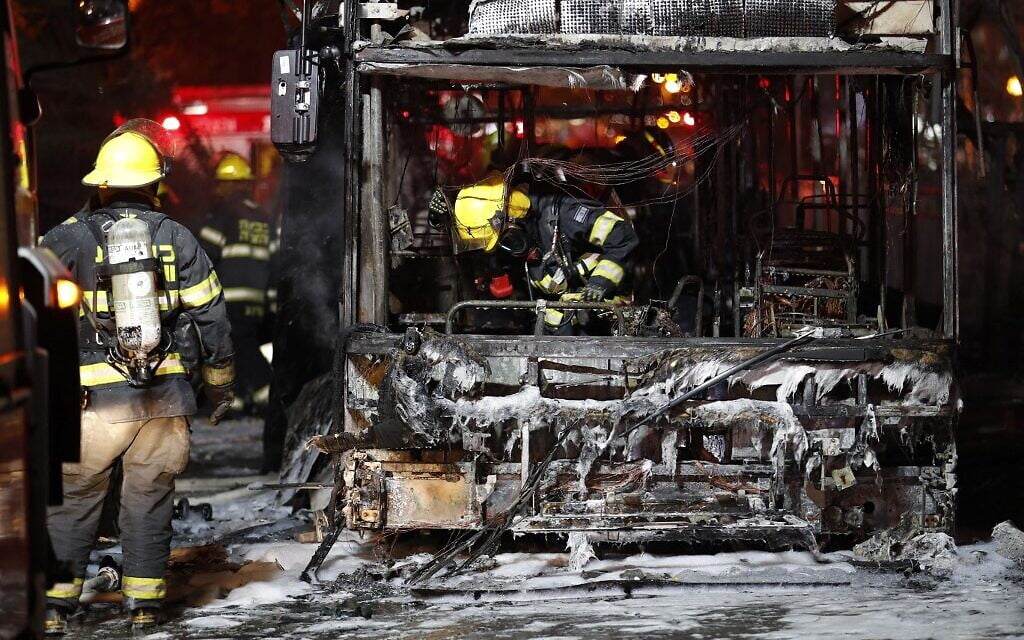