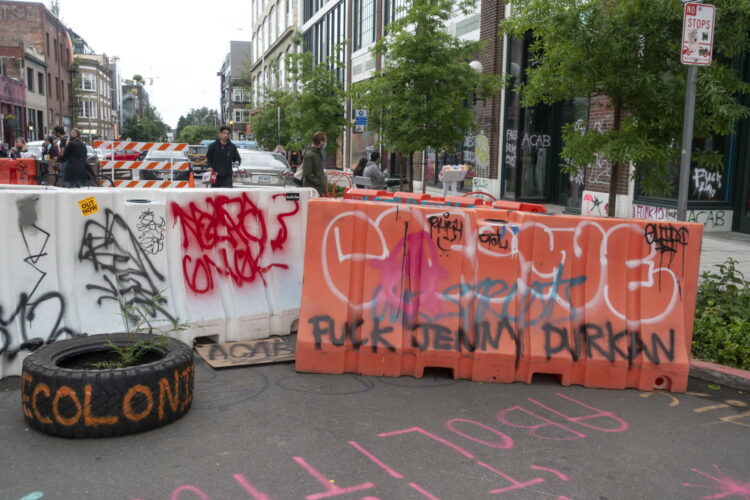 CHOP (Capitol Hill Occupied Protest), formerly known as CHAZ (Capitol Hill Autonomous Zone) condemned itself after realizing that its new acronym constitutes cultural appropriation – CHOP for chopsticks – and also a subtle form of racism, as the name indicates a preference for Chinese food. To prevent more emotional damage, CHOP immediately went back to calling itself CHAZ and released a statement:

“We apologize for having culturally appropriated the name for Chinese eating utensils and for giving the impression that CHAZ prefers Chinese food. We understand that we have hurt and violated many people through our racism and that they will need time to heal from our violent macroaggression. We want everyone to know that we feel ashamed. We didn’t know how much work we still have left to do on ourselves. CHAZ is a safe space for all culinary expressions”.

“They made a grave and violent mistake, but everything is relative; when I compare their mistake to the cultural appropriation of hummus, falafel and yes, shawarma, that the Zionist entity constantly engages in, then I have to say that what CHAZ did by changing their name to CHOP was quite harmless. Personally, I still support them, and I don’t even like China or Chinese food, which is way too oily and Asian for my taste”.