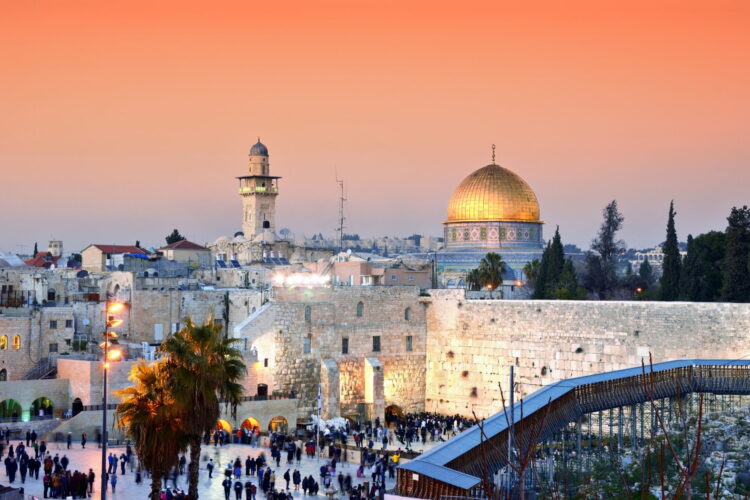 Saying they had no idea that Israelis and Palestinians were such passionate fans, members of British rock band ‘Status Quo’ said they were honored and excited by the wave of demand for them to play on the Temple Mount, one of the holiest sites in Judaism and Islam.

“We had no idea we had such a following in the Middle East until we saw [U.S. Secretary of State] John Kerry on TV saying ‘The only way to prevent violence is to have the Status Quo on the Temple Mount,” the band’s frontman, Francis Rossi, told The Mideast Beast. “Well, we’re certainly willing to do our part to bring peace.”

After hearing Israeli Prime Minister Benjamin Netanyahu say he was committed to the Status Quo on the site, the band purchased plane tickets and began packing their bags.

“We sort of wish the prime minister had called us directly,” Rossi noted upon landing in Tel Aviv’s Ben Gurion International Airport. “But either way, we’re just happy to be here so we can finally bring this conflict to an end.”

Band members admitted they were disturbed to hear Palestinian officials urging their followers to stab and run over innocent Israelis in order to prevent Israel from changing the Status Quo.

“Listen, we’re the same band we were when we released ‘Pictures of Matchstick Men’ forty years ago, and neither Israel nor any other government is going to change us,” Rossi explained. “There’s no need for violence.”

Upon hearing of the upcoming concert, former Pink Floyd frontman-turned-anti-Israel activist Roger Waters said the band’s decision to play in “apartheid Israel” would ultimately alienate fans and lead to the band’s dissolution.

“Let’s face it,” Waters told The Mideast Beast. “The Status Quo is unsustainable.”