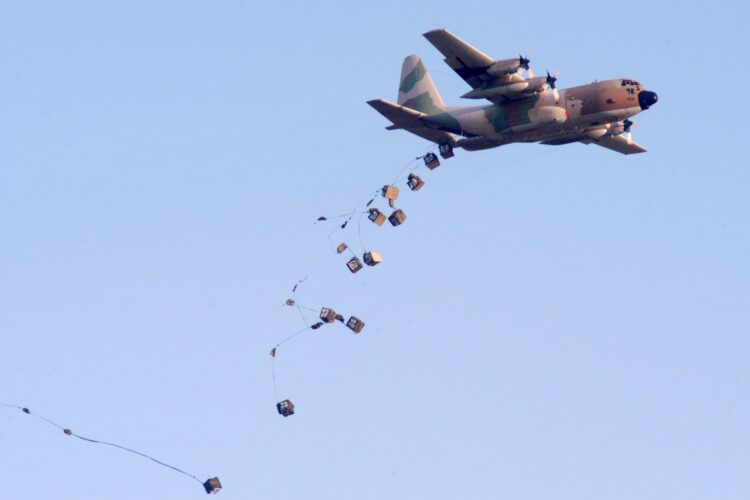 A squadron of C-130J Super Hercules attacked the Islamic State’s de facto capital, Raqqa, early this morning, airdropping hundreds of thousands of sex toys and tubes of lubricants in a pre-dawn mission.

The care packages were affixed with childproof locks and clearly marked “18+”; separate boxes were airdropped for minors, containing Krispy Kreme donuts, Cheerios and an assortment of translated American cartoons.

RELATED: Suicide Bomber Demands Life Back after Catching Herpes from ‘Virgin’ in Heaven

Residents of neighboring towns complained of being woken up by loud moaning and shaking. “I thought it was an earthquake,” Haneen, 48, told The Mideast Beast via Skype. “And now, there’s this horrible burnt plastic smell.”

By noon, ISIS militants had begun unloading truckloads of confiscated sex toys into bonfires, local sources said. Raqqa’s residents have reportedly been warned to hand in any remaining contraband by midnight or face execution.

At a White House press briefing, U.S. President Obama described the mission as two-pronged: “Not only are we committed to providing the long-suffering residents of ISIS-controlled territory with humanitarian relief, but we’re pursuing a new policy: fighting terror with pleasure. Only once these ISIS barbarians realize just how pleasurable it is to milk your prostate, peace and Western-style democracy will prevail.”