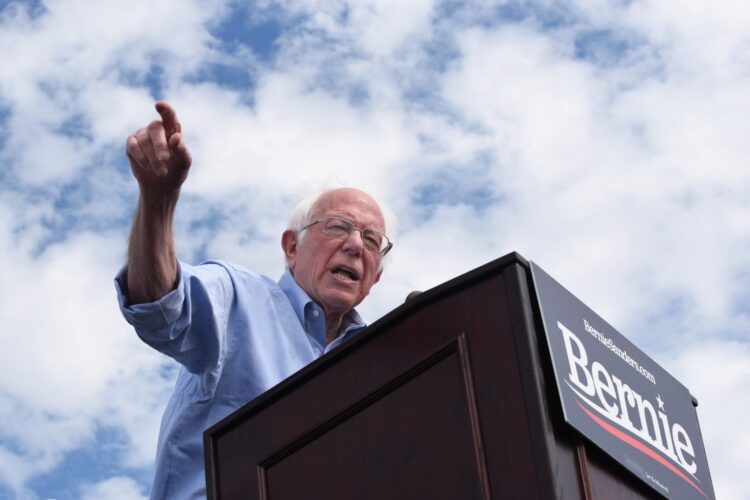 Bernie Sanders’ chances of becoming the Democratic nominee for president are shrinking fast after Super Tuesday II. The Mideast Beast caught up with the 78-year-old senator.

“I just don’t get it” said Sanders. “There is nothing I didn’t do to win the nomination. I started on high dosage melanin injections and got scheduled in for sex reassignment surgery to transition into becoming a black woman, but because I have to be at election rallies all the time, I had to postpone the actual surgery. Because I’m still just a white Jewish man, I even cancelled a speech on racial justice the other day, because I haven’t had those experiences”.

The Mideast Beast asked Sanders if he has a plan B, if he loses the nomination.

“Have I ever!” exclaimed Sanders, “I’ve been in secret talks with Palestinian Authority leader Mahmoud Abbas, who is 84 years old and is looking for a successor after serving 15 years of a four-year term. I am still young and vital and there is nothing I would love more than to lead the Palestinian Authority in the tried and tested combination of socialism and terrorism. I already have a list of Palestinian collaborators that I am going to kill off in my very first Stalinist purge!” said Sanders.

The Mideast Beast asked whether Sanders would be running in elections in the Palestinian Authority, “That’s the beauty of it!” said Sanders, “The PA doesn’t let elections interfere with the will of the people! As soon as Abbas says ‘Yalla’, I’m there!”