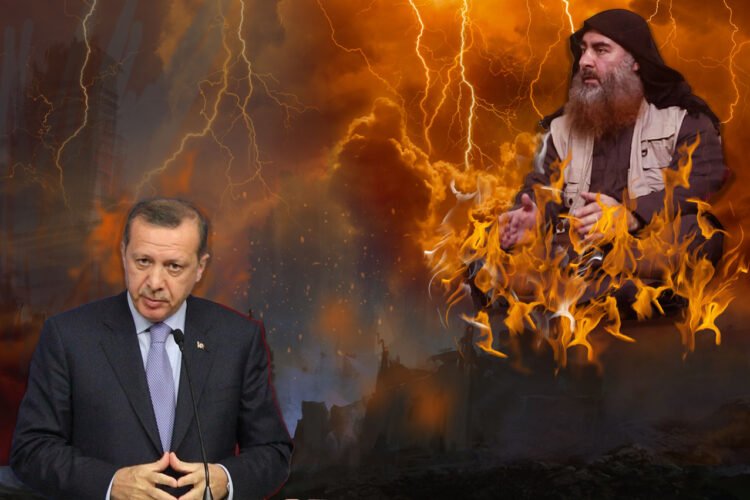 Erdogan by Minister-president Rutte from Nederland, CC BY 2.0,

Former ISIS leader Abu Bakr al-Baghdadi is reportedly distraught after learning that Turkish leader Recep Tayyip Erdogan, rumored to be either dead or on death’s doorstep, is in fact alive and unlikely to join the jihadist in Hell for years to come.

Baghdadi admitted to feeling lonely and unable to make friends in the underworld and said he had been given hope by rumors that Erdogan, one of his best friends and closest allies during life, may soon by joining him down under.

“I thought I would be the most popular guy in Hell, but nobody even wants to sit with me at the lunch table,” Baghdadi sobbed. “Bin Laden hates me because I ruined al Qaeda, Hitler says I didn’t kill enough Jews, Karl Marx constantly makes fun of my beard, and Jeffrey Epstein says I like my girls too young.”

Baghdadi called Erdogan his “only true friend in life,” tearing up as he recalled working with the dictator to slaughter the Kurds or plan attacks on Western targets.

“He was everything you could ask for in a friend,” Baghdadi recalled. “He was loyal – he always let my fighters walk across the Turkish border, no matter how much it pissed off his pals in Europe. And he was forgiving – he would never stay mad for more than a day, even when we attacked Ataturk Airport and killed 40 people.”

It is the second time in the last two years that Baghdadi has had to deal with such dire disappointment, the first coming when Kim Jong-un was revealed to be alive last May.