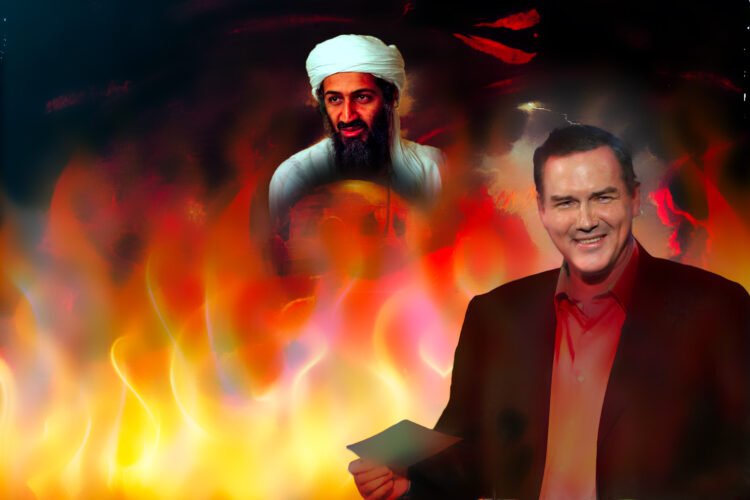 Comedian and satirist Norm Macdonald, who sadly passed away Tuesday night, is looking to put off his entrance into the Kingdom of Heaven, asking God to first let him spend ten minutes or so in Hell so he can “make [Osama] bin Laden cry like a little bitch.”

“I wrote like 100 pages of killer material about that piece of shit so I could roast him once he was captured, but they shot him in the head before I could deliver it,” Macdonald told Saint Peter, according to a source familiar with the conversation. “It would be a tragedy for all this great material go to waste.”

Macdonald emphasized that he did not wish to remain in hell for long, though he added that it couldn’t be that much worse than working for Don Ohlmeyer.

“If I could just make bin Laden cry once, in front of all his shithead jihadi friends down there, his reputation would never be the same,” Macdonald said.

Macdonald would not reveal any of his material to The Mideast Beast. He was, however, overheard calling the late al Qaeda leader “a cross between a goat-fucking Sasquatch and a trust fund baby” and comparing bin Laden’s beard to ZZ Top’s pubic hair.

*From all of us at The Mideast Beast, Norm is already missed