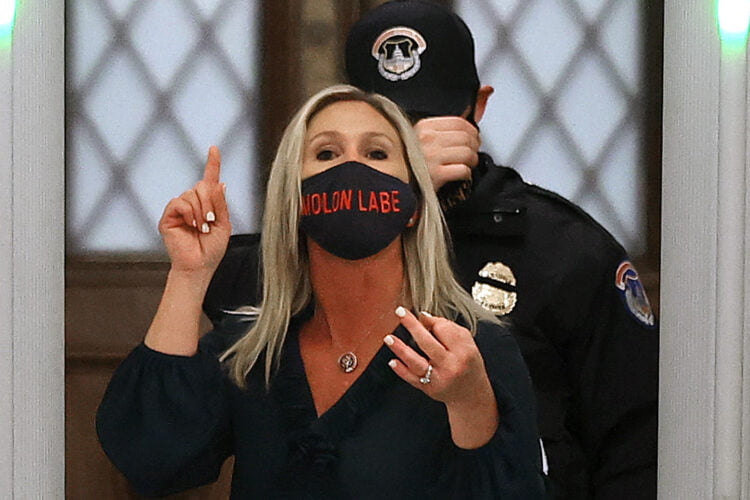 A week after apologizing for comparing mask requirements to the Holocaust, Rep. Marjorie Taylor Greene now says that Jews in concentration camps were lucky to be able to spend their days unmasked.

“Even Hitler was not as cruel as our current Fuhrer, Speaker Pelosi,” Greene tweeted late Sunday. “The Jews might have been gassed to death, but at least they didn’t have to walk around with stupid pieces of cloth on their faces.”

Greene was continuing to rail against House rules requiring members to wear masks on the chamber floor. The Georgia Republican recently took a trip to the Holocaust Museum, where she noticed that all victims in the Auschwitz and other concentration camps were unmasked.

“Thank god they didn’t live to see the suffering we would have to endure with these restrictions on our freedom,” a tearful Greene said. “They didn’t know just how lucky they were.”