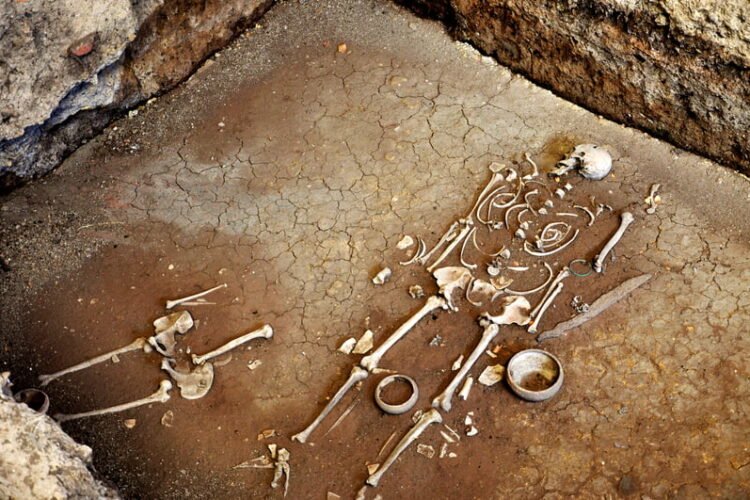 Earlier today researchers from Hebrew University in Jerusalem announced that they had uncovered a skeleton that changes how we view human evolution. While digging in the deserts of Southern Israel, the team of archaeologists and anthropologists uncovered what they’ve come to call the “missing link” – the common ancestor of Israelis and Palestinians. “When we uncovered the skeleton, we knew instantly that we had found something that would change the world as we know it,” lead researcher Dr. Avraham Gluck told The Mideast Beast. The bones – battered and broken by time – have nonetheless been positively identified as a female member of the species that split into both Israelis and Palestinians. The scientists have dubbed the skeleton, “Amanda,” because, “let’s face it, no one can pronounce Middle Eastern names”.

RELATED: Pro-Israel, Anti-Israel Groups Agree: You Should Be Spending More of Your Time Thinking About Israel

Based on her bones, Amanda appears to have been bipedal, omnivorous, and incredibly stubborn and territorial to the point of violence. Despite the overwhelming preponderance of scientific evidence, many religious figures have dismissed the findings as “Darwinist conspiracy theories aimed at coercing Israelis and Palestinians into unwanted peace deals.” Dr. Gluck maintains that his team’s findings should not be viewed politically, and that Amanda’s status as “missing link” is as significant a discovery as any other. “For decades, people have asserted that Israelis and Palestinians are different species, each created specially by their respective gods. But now we have conclusive proof that they share the same ancestor. There’s a metaphor in there somewhere… we just don’t know what it is exactly.”