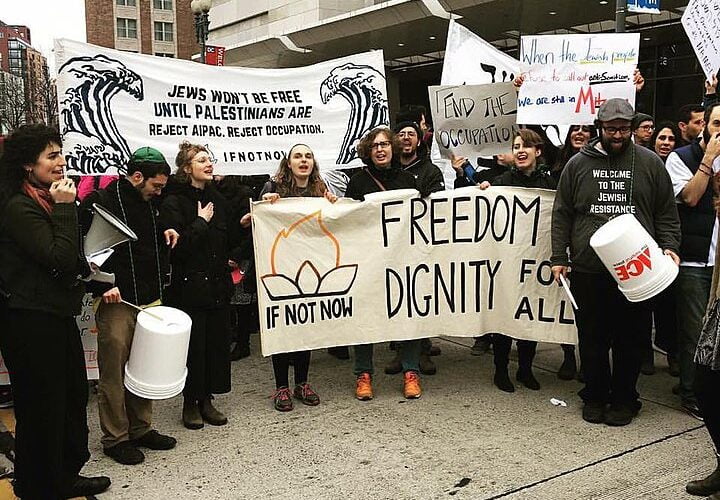 Antisemitism has almost disappeared from Planet Earth after liberal US Jews and hawkish Israelis agreed to trade places. The unconventional solution comes after President Joe Biden recently called the rise in anti-Semitic attacks in the US “despicable, unconscionable, un-American.”

“Man, I quickly realized that people who suffer from shit in Philadelphia can thrive in Palestine and vice versa.”

However, the progressive US human rights organization Anti-Semites’ Lives Matter condemned the solution.

“In the past we could peacefully attack synagogues and other Jewy places in America with impunity. Suddenly you have a bunch of crazy and abrasive Israelis first spraying you with Uzis, and then asking questions. Boy, I’m starting to miss those civilized and pacified American Hebes.”

“The Middle East is not the Upper East Side. Zionist Israelis are unbearable but at least they aren’t sissies. No matter how crazy my demands are, the polite liberal Yankee Jews always offer me more than I want. This insults my alpha male Jihadi ego. It’s not fun getting everything and more without a good old-fashioned fight. Where are the racist colonialist Zionist kike fighters when you need them? At least it’s comforting to know that we have The Onion to keep everyone honest.”