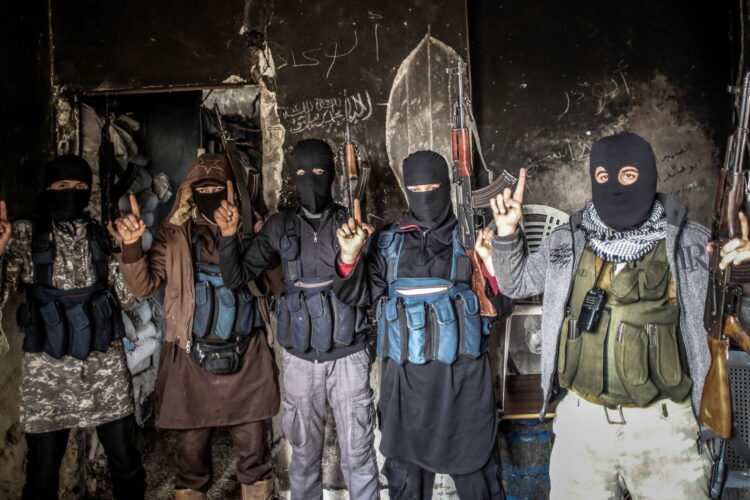 Calling it the organization’s most successful operation on U.S. soil in years, al Qaeda chief Ayman al-Zawahiri claimed responsibility for the deflated football during the AFC Championship and for causing millions of Americans to question the integrity of the Super Bowl.

“In a tremendous blow to the American infidels, we infiltrated the New England Patriots locker room and had our agent tamper with the footballs in clear violation of the NFL’s regulations,” said Zawahiri. “Until the American crusaders withdraw entirely from the Middle East and accept the rule of Islam, they will never know peace, security or whether their sporting events comply with the letter of league rules.”

Terrorism experts reacted skeptically to al Qaeda’s claims, saying there appeared to be no connection between al Qaeda and the “Locker Room Guy” who allegedly tampered with the balls.

RELATED: Al-Qaeda to World: ‘Did you forget about us?’

“Al Qaeda appears just to be looking for bad things that happened in America and claiming responsibility for them,” one counter-terrorism specialist noted. “Last winter, the group took credit for the snowstorm in the Northeast, as well as the script to ‘Taken 3’.”

Zawahiri staunchly denied these claims. “Can’t they just let me have this one thing?” he asked in an emotional interview with The Mideast Beast. “Do they know how hard the past four years have been? I waited 10 years to be the world’s biggest terrorist, and as soon as bin Laden dies everyone forgets about al Qaeda and starts talking about those stupid head-separators over in Iraq and Syria. Has anyone thought about how that makes me feel?”

It’s also been reported that al Qaeda has claimed responsibility for Seahawks coach Pete Carroll’s decision to run a passing play from the one-yard line at the end of the Super Bowl.