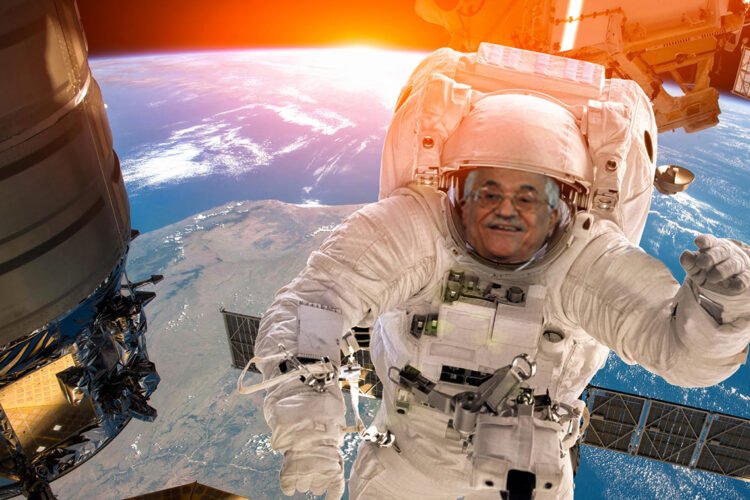 “My prostate’s the size of a melon. Zero gravity will help with the swelling,” the Palestinian statesman said after the UN Security Council rejected a resolution on ending the Israeli occupation earlier in the week.

While other crew members are conducting experiments in biology, human biology, physics, astronomy and meteorology, Abbas plans to “close my eyes and imagine that I’m floating weightless in the Dead Sea, a body of water currently occupied by a certain genocidal regime.”

At nearly 86 years old, the Palestinian leader’s age was a key factor in his decision to leave Ramallah for the tranquility of low Earth orbit. “I’m tired of the grind, son. I can’t even doze off in the middle of an emergency meeting anymore without people freaking out, thinking that I’m dead. Saeb Erekat [Chief PLO Negotiator with Israel] once even gave me sloppy mouth-to-mouth…tasted like stale salmon. Thankfully he hasn’t been around much lately.”

Asked if he will continue to battle for Palestinian independence from outer space, Abbas responded enthusiastically: “Damn straight. To protest the decades of settlement activities and displacement, I will be pulling down my pants and flashing my ass at Israel every time it passes by my window.” 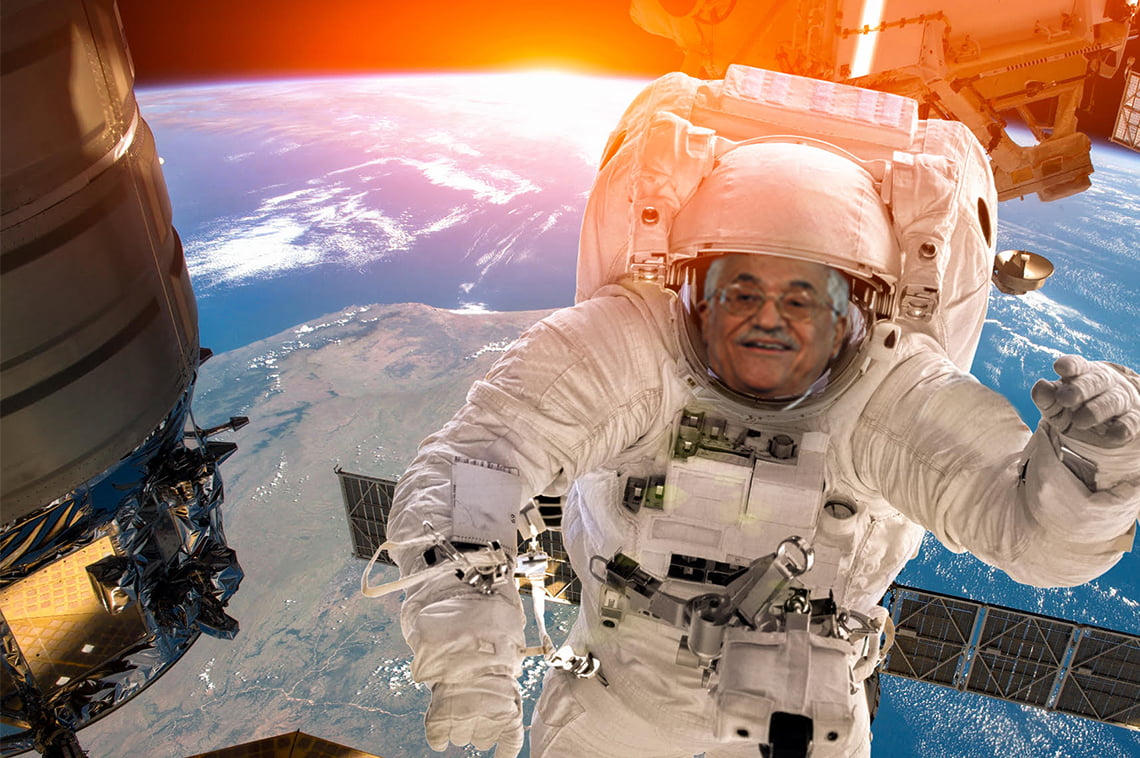