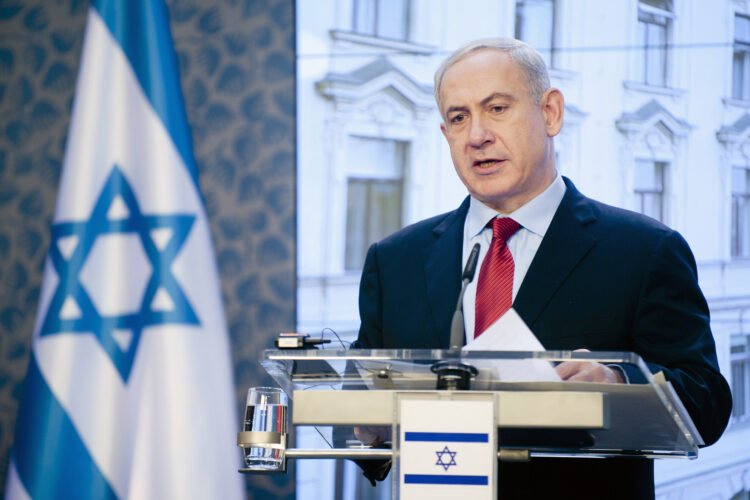 Israeli leaders held a heated debate over how the country could respond to the Palestinians’ membership to the International Criminal Court in the pettiest, least mature manner possible.

While Netanyahu initially suggested withholding funds from the Palestinians slated for municipal services, Economy Minister Naftali Bennett blasted the proposal as “hoity toity” and instead suggested a “pants blockade” on the Palestinian territories.

“Under my plan, we will not allow any pants to be imported into the Arab areas of Judea and Samaria and will shut down any businesses producing pants within these territories,” Bennett announced. “This way, when Palestinian leaders testify against us at The Hague, we can respond with ‘Those pants look pretty old, Abbas,’ or ‘Hey Mahmoud, why aren’t you wearing any pants?’”

Former Foreign Minister Avigdor Lieberman countered with the “atomic wedgie” plan while MK Moshe Feiglin demanded Netanyahu sneak into Palestinian Authority headquarters in Ramallah and draw male genitalia on all the portraits of Palestinian leaders. While Netanyahu would not commit to any specific course of action, he promised the response would be “irrational, nonsensical and more befitting of a schoolchild than the government of a first-world nation.”

Reached for comment, Abbas said Israeli attempts to make the PA appear to be the mature adult in the conflict would prove futile. “We risked $400 million in US aid to join the ICC so we could file a motion accusing Israel of possessing ‘cooties.’ Now we plan to submit the exact same resolution to the UN Security Council that was rejected last week just to give the P5 states more paperwork,” Abbas told The Mideast Beast. “When it comes to pointless and childish displays of hostility, frankly, the Israelis are so out of their league.”