Al Gore: If I’d Won the Presidency, ISIS Would Be World’s Most Eco-Friendly Terror Group 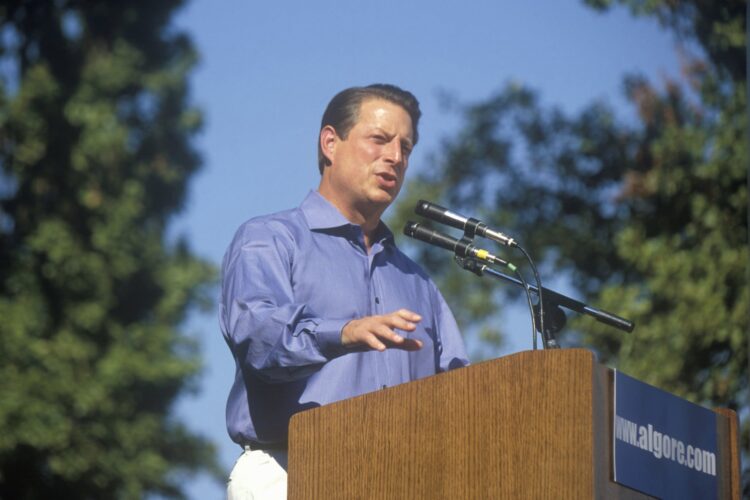 Climate change activist and former U.S. Vice President Al Gore has suggested that ISIS and other terrorist organizations would have been far more environmentally friendly had he been elected president.

In a wide-ranging interview with The Mideast Beast, Gore argued that the territories currently ruled by ISIS would be running on a “combination of chinchilla faeces and banana skins” had he beaten George W. Bush in the contentious 2000 election.

Plugging his latest film, ‘An Inconvenient Truth 2: How Jihadists Can Be Co-opted into Saving the Planet’, Gore detailed how, if not for “carbon-loving Bush stealing the election,” every ISIS member “would be driving a hybrid electric Toyota Prius and recycling as zealously as they’re beheading.” “Terrorists may hate infidels,” Gore, said, “but they don’t necessarily hate the planet.”

Explaining how his green policies would have functioned vis-à-vis radical Islamist groups, the Tennessee native recounted how he had been in talks with Osama Bin Laden over establishing a pioneering ‘Jihadists Against Incorrect Waste Disposal’ movement, which would have included a campaign entitled “Use The Correct Bin (Laden)’.

Gore added: “Even though I didn’t win, the fact that most of ISIS’s marketing material is released online as opposed to in bulky paper mail-outs demonstrates my impact on putting a stop to senseless paper wastage – not to mention my visionary role in inventing the Internet.”

Responding to Gore’s claims, ISIS leader Abu Bakr al-Baghdadi said: “Me and Albert go a long way back. Before I saw An Inconvenient Truth, I used to leave all the lights on. Now I only keep on the ones that allow me to see my many sex child slaves.”