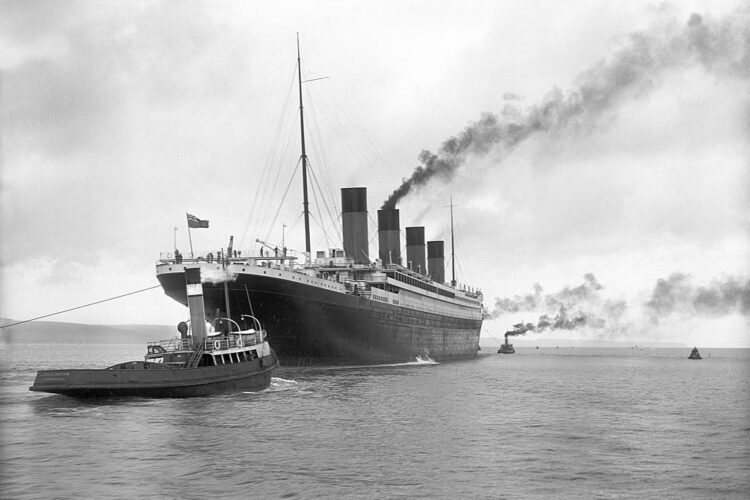 The sinking of an ‘unsinkable ship’ always raises suspicion, and where there is suspicion, there is the ZIONIST PLOT. It permeates everything we do, only noticed by those who pay attention. The story of the Titanic is one of the best told and well known in the entire world.

Despite being ‘unsinkable’, on April 14, 1912, the Titanic ‘accidentally’ struck an iceberg, killing 1,517 passengers. The Titanic never reached its destination. Because of THE ZIONISTS.

What many people don’t know is that the Titanic was built at the Harland and Wolff Shipyard, which was co-owned by JEWS, Gustav Wolff. Wolff clearly used his JEW TRICKS to build a ship that was sure to become one of the great tragedies of our time. Why, you ask?

The sinking of the Titanic led directly to the filming of the 1997 movie, Titanic. Hollywood, run by JEWS, made $1,843,201,268 from the movie’s release. Coincidence? We think not. Aside from the massive success of Titanic, it skyrocketed a young actor named Leonardo DiCaprio into superstardom. DiCaprio became an object of desire for millions of women all over the world. However, in 2005 it was revealed that out of all these women, the actor had begun a relationship with ZIONIST AGENT, Bar Refaeli.

Too many questions surround the Titanic. How did an unsinkable ship sink? Why did a JEW want to build it? Why would a handsome actor become associated with a SHE-JEW? This was clearly all orchestrated as part of the ZIONIST PLOT, aimed at making Bar Rafaeli a household name, thus expanding the influence of the ISRAELI REGIME.