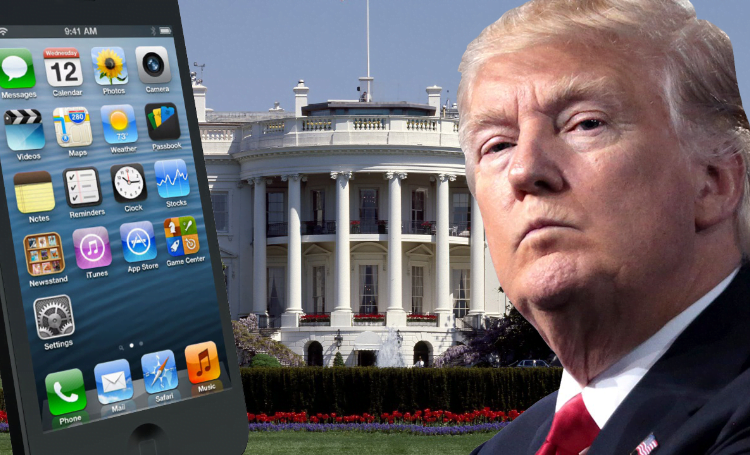 Image from WDB7 in "President Trump's cellphone use worries security experts" at https://bit.ly/2OrQHY3

Peace and prosperity have been achieved across the globe after US President Donald Trump ran out of data on his cell plan and was unable to use Twitter.

The ensuing calm not only gave Americans a chance to catch their breaths but allowed world leaders to focus on solving their own countries’ problems. Within 48 hours, all conflicts had ended.

“I was about to tweet something really bombastic about how we’re going to burn Israel in a wave of fire, but with Trump silent I was afraid of looking like the looniest asshole on Twitter,” said Iranian Supreme Leader Ali Khamenei. “Instead I got Bibi [Netanyahu] on the phone and we worked everything out.”

Meanwhile, Russian President Vladimir Putin said that without Trump’s stream of praise and defense, he was forced to reckon with the kind of leader he has become. “I immediately pulled my troops out of Crimea and told [Syrian President Bashar] Assad to stop bombing Sunnis,” Putin noted.

Trump desperately tried to get back onto the tweetwaves by logging into the White House WiFi. He was unsuccessful, however, because he refused to take the caps lock off his keyboard while entering the password.

“I kept telling him, ‘It is case sensitive; it won’t work unless you use lowercase letters,’” recalled senior White House advisor Stephen Miller. “And he responds, ‘But I use big letters when it’s really important!’”

Though officially in a state of peace, as of Sunday many former combatants were stockpiling weapons in anticipation of August 1, when the president’s data plan resets.