Women of the Wall: Possible Compromise? 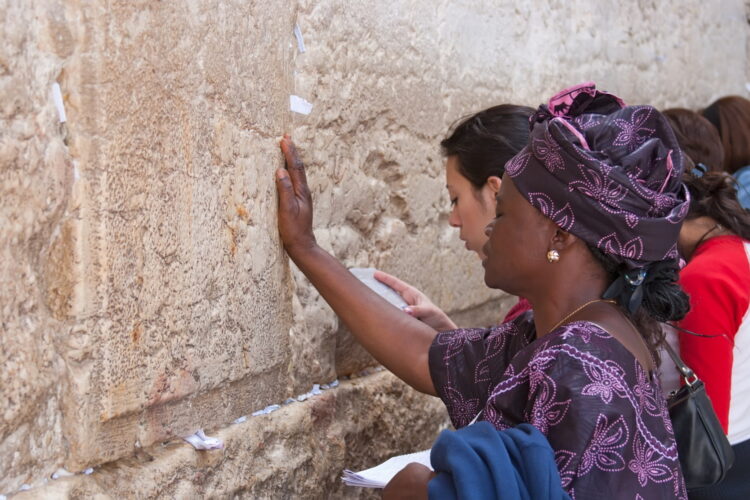 In a surprise move by Israel’s Ministry for Religious Affairs, a new compromise was proposed to deal with the ongoing demand by the “Women of the Wall” movement to allow them to pray freely at the Western Wall in Jerusalem. While Ministry sources acknowledged that “Women of the Wall have a right to visit the Western Wall in order to sweep the floor or occasionally wash the Wall itself”, there has been much pushback against the idea that the women would actually be allowed to pray there. “They are, after all, only women”, exclaimed Rabbi Menachem Mendel Auerbach, a frequent visitor to the Wall, adding: “what have women ever done for us?” Rabbi Yehiel Bernstein of Scarsdale, N.Y., said: “if God had intended women to be our equals, he would have placed them in Israel’s Parliament with the Ultra-Orthodox parties”.

The new compromise now proposed would define a ten-foot section of the Wall at the corner of Jaffa and Ben Yehuda Streets in Jerusalem as “Western Wall – The Sequel”. Women would be encouraged to pray at the new wall, and told “it’s just as good as the first one, if not better, just wait and see, you won’t tell the difference”. Asked to comment about the proposed compromise, Women of the Wall leader Anat Hoffman said: “while Western Wall – The Sequel is certainly not the same as the original, it does enjoy a better location, closer to the shopping hot spots of central Jerusalem, which is a serious plus for us”.

Jerusalem Mayor Nir Barkat endorsed the proposed compromise and said that there is an ATM machine at the new location, where Jews regularly stand and cry anyway, so the women are sure to shed some tears on site. Rabbi Auerbach tweeted: “but if Women of the Wall move to another location, who will clean the Western Wall? Who will cook for us and wash our clothes? #knowyourplaceinlifewomen”