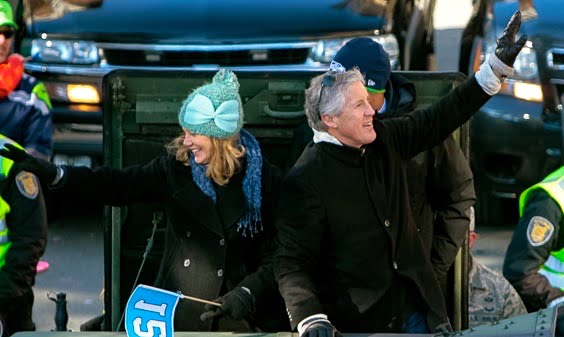 By Dave Sizer (Flickr) [CC BY 2.0], via Wikimedia Commons

Following his ill-fated decision to throw a pass from the 1-yard line in Super Bowl XLIX, Seattle Seahawks Coach Pete Carroll has been offered a position with the U.S. State Department as John Kerry’s undersecretary.

“After witnessing Coach Carroll’s decision-making at the end of the game Sunday, we determined he’d be a great fit in Foggy Bottom,” President Obama announced Tuesday. “As we attempt to restart negotiations between Israel and Syria on the Golan Heights and look to arm some of moderate ISIS rebels, we need people like Pete on our team.”

Already, Carroll has made an impact on the beleaguered State Department. Tasked with negotiations with Iran over the country’s nuclear program, Carroll arrived at Ayatollah Khamenei’s palace with a six-pack of Miller High Life in an attempt to bond with and earn the trust of the Supreme Leader. He has also scheduled a “spa day” with Russian President Vladimir Putin to discuss Putin’s withdrawal from Ukraine, though he has not yet received a response from the Kremlin.

Kerry has called Carroll a valuable addition to his department, though he noted that he disagreed with the coach’s now-infamous decision to pass the ball with the game on the line.

“You’re on the 1, you’re down four [points], you’ve got less than a minute left in the game and Marshawn Lynch is your running back,” Kerry explained. “Obviously you kick a field goal!”