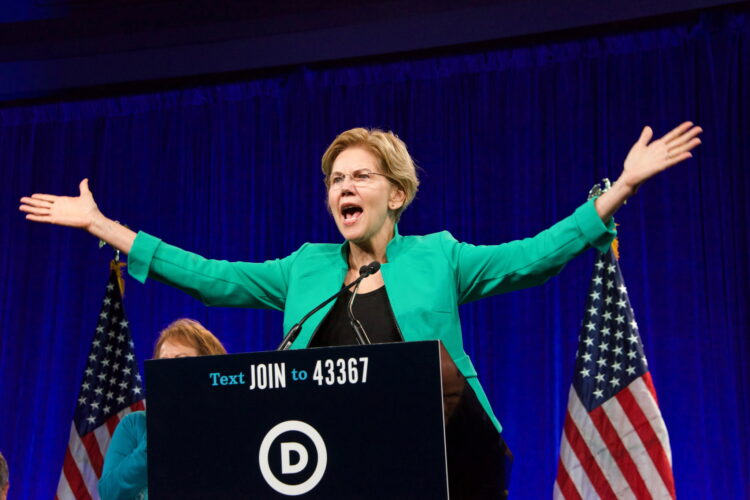 Insisting that there is no problem on Earth that can’t be solved by the right tax, Senator and Democratic presidential candidate Elizabeth Warren has proposed a “jihad tax” to wipe radical Islamic groups like ISIS and al Qaeda off the map.

Her detailed proposal would create a system for taxing everything from suicide bombings and beheadings to hijackings and pipeline attacks. Terrorists would still be targeted in special forces missions, but SEAL Team Six will now comprise IRS agents instead of elite warriors. Predator drones, meanwhile, will drop audits on terrorist hideouts instead of Hellfire missiles.

“The only way to wipe out radical Islamic terrorism is by making terrorists pay their fair share,” Warren declared during a recent campaign rally. “Just like every other problem facing our country, when it comes to terrorism, I have a tax for that!”

Senator Bernie Sanders, Warren’s main rival on the party’s left wing, rushed to respond with his own terrorist tax plan. Sanders promised to seize the assets of prominent organizations like ISIS and redistribute them among terror groups with fewer resources.

“It is not fair that 3 percent of the terrorists carry out 91% of the jihads,” Sanders Tweeted. “When I am president, I will make sure every terrorist has an equal opportunity to blow up a bus or behead an infidel.”