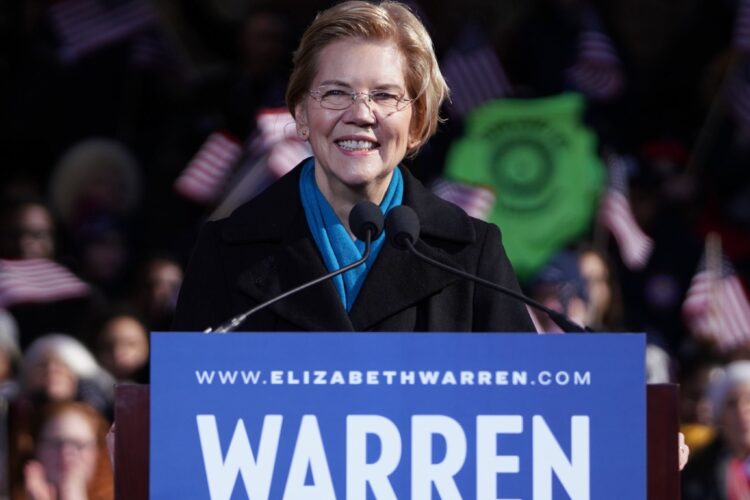 With North Korean Supreme Leader Kim Jong-un rumored to be either dead or in a vegetative state, Senator and former presidential candidate Elizabeth Warren is calling on North Korea to name Kim Yo-jong as the country’s first female dictator.

“The history of the Kim family’s rule over the North Korean people has been a disgrace, as not once in more than 70 years have they let a woman lead the country,” Warren told reporters. “I know what it is like to be robbed of a leadership position because of my sex, and it is time for Ms. Kim to show the world that a woman is just as capable of starving her people and slaughtering potential political rivals.”

Although Kim Yo-jong is one of Mr. Kim’s four siblings, she is considered by many experts on the nation as the closest to power and most likely heir. Reached by The Mideast Beast, Ms. Kim hesitated to say whether sexism would prevent her from taking power.

“If I say yes, then everyone will call me a whiner, in which case I’ll have to execute them for criticism of the Mount Paektu bloodline,” Ms. Kim explained. “But if I say it’s not a factor at all, every woman in Korea will be like, are you kidding me? And then I’ll still have to execute them.”

But some Democratic Party leaders said that even appointing a woman as Supreme Leader would be insufficient to rehabilitate North Korea’s image after three generations of male rulers.

“I will be extremely concerned if a woman of color is not picked as Mr. Kim’s successor,” said Stacey Abrams, a former Georgia gubernatorial candidate. “And I know that they’re all Chinese or whatever, but that really doesn’t count.”