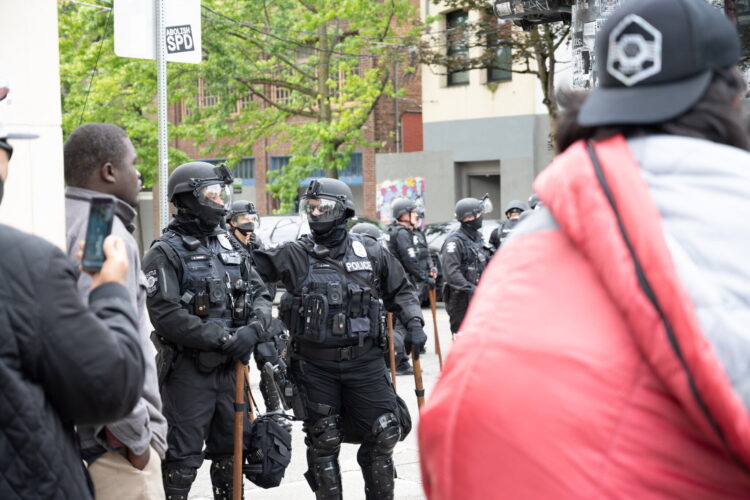 The United Nations has launched a second UN Relief and Works Agency to support refugees from the now-defunct nation of CHAZ.

The agency, which will be called UNRWA II, will provide services for the dozens of refugees evicted from their country when the regime of Seattle Mayor Jenny Durkan invaded and ethnically cleansed the enclave.

“Many of those forced to flee CHAZ had lived there since the nation was created nearly a month ago,” said UN Secretary General António Guterres. “They know little else.”

UNRWA II will build refugees of the short-lived nation refugee camps in states across the Pacific Northwest. They will be kept in these camps, as will their children and their children’s children, until the Seattle Occupation Regime allows them to return to their family homes.

“Without UNRWA II, there would be no more CHAZ refugees within a generation. We will not let that happen,” said Guterres. “Even if it takes a thousand years, these refugees or their descendants will go home.”

Sources have confirmed that the US Vice President and Secretary of State have booked an extended stay in a two-bedroom property close to the beach in Tel Aviv. A spokesman for Vice President Pence commented, “This is a long planned and well-deserved vacation for the guys. They’ve been promising each other they would carve out some quality time since the...

With protestors in the streets in Iran over the rise in the cost of gasoline, and the economy crippled by American sanctions, another key Iranian industry is suffering a severe downturn: flammable American flags. Since the revolution, the Iranian regime has supplemented their economy that was largely based on oil and flying-carpet revenues with the sale of American flags that...

Israel today upped the stakes in a potential new role for Prince Harry and his Canadian bride. A government spokesman commented, “Western Canada is nice and all, but we feel that the near constant sunshine of Tel Aviv would be more to their liking. And frankly we find ourselves in a situation where we are going to need a new...