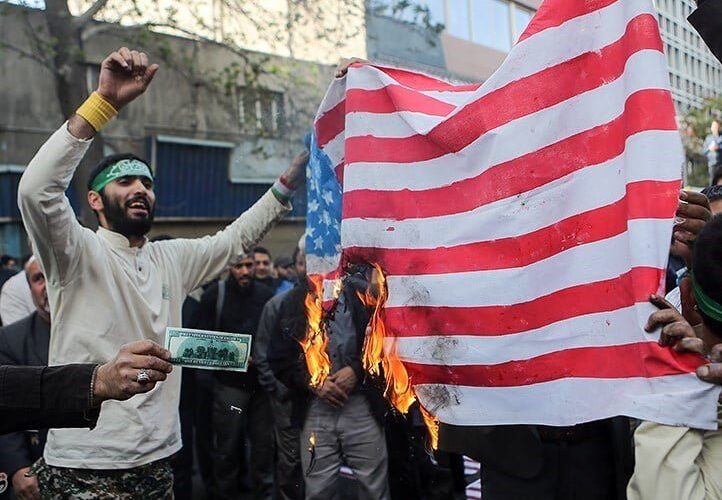 With protestors in the streets in Iran over the rise in the cost of gasoline, and the economy crippled by American sanctions, another key Iranian industry is suffering a severe downturn: flammable American flags.

Since the revolution, the Iranian regime has supplemented their economy that was largely based on oil and flying-carpet revenues with the sale of American flags that were easy to light on fire for the anti-imperialist protestor. Now though, with protests sweeping Lebanon, Iraq and at home in Iran targeting the regimes and not the Great Satan, flammable American flags are piling up on warehouses across the country.

Economists agree that the protests presented a double problem for flag vendors: first, that they weren’t aimed at the Great Satan. Secondly, due to the heavy-handed approach that Iranian security forces and allies in Lebanon and Iraq are taking, they’re killing protestors, which is their primary customer base.

“Every dead protestor is one less customer” a local shop owner explained.

It’s not all trouble, though. While domestic and regional sales of flammable flags have plummeted, sales in North America have begun to climb. Protests against Donald Trump in America are helping to take some of the flags off Iranian hands, and suppliers are hoping that sales accelerate during the DNC primaries leading up to the Democratic convention next year.